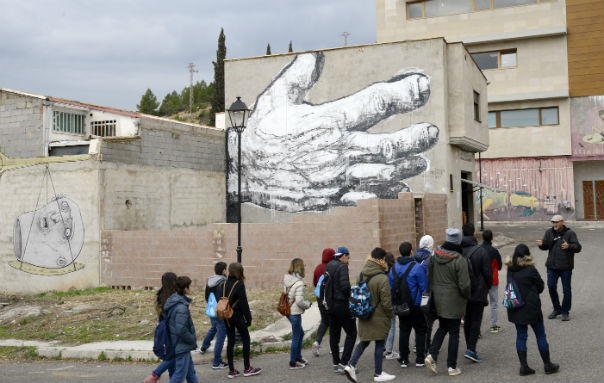 The residents of the small village of Fanzara in Spain were previously enmeshed in a long standing, toxic division of ideologies when their town officials were contemplating the erection of a toxic waste removal facility. It was a point of contention for many residents who felt the dying, interior of Spain could benefit from a much needed influx of tourism that could be realized by turning the village into an urban street art destination. The tension was so prevalent that the position you took on the matter would determine which bar you drank at, and residents would walk on opposite sides of the street to avoid one another.

That is, until the street artists stepped in.

Fanzara was a place tourists and naturalized citizens never gave thought to visiting previously – a trend seen by much of Spain’s interior. Fast forward a few years and the town has been completely transformed and revivified as one large living canvas. Tourists from all over the country now flock to the town to enjoy interacting with art in a public space as talented painters from abroad and within their regional pool of artists have given the town a complete facelift. 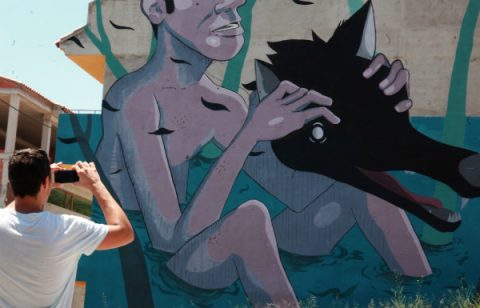 It started in 2014. Fanzara’s municipal council invited a single artist to create a large street art mural. The results were so positive, 20 more artists arrived to place large murals on the town’s walls over the two months. The town now hosts and enjoys an annual street art festival known as, The Unfinished Museum of Urban Art.

To read more about this town’s transformation, please check out the article here.