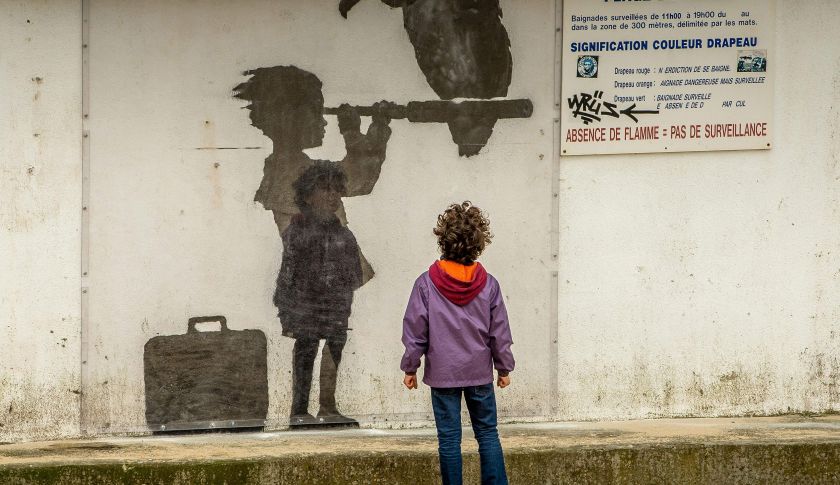 Banksy is a famous artist and activist whose distinctive drawings appear unexpectedly on the buildings of London and New York City. Hailed by some as a genius, and others as a vandal, his aura is enhanced by mystery: He never appears with his art, and he tightly conceals his identity.

According to the paper, which appears in the Journal of Spatial Science, it is possible to use “a Dirichlet process mixture (DPM) model of geographic profiling, a mathematical technique developed in criminology…to analyse the spatial patterns of Banksy artworks in Bristol and London.”

As The Economist explains, this involved associating Banksy works with corresponding locations: a pub, playing fields, and three residential addresses. All of the locations are tied with one man, Robin Gunningham, meaning it’s possible to conclude with a high degree of certainty that Gunningham is Banksy.

This finding is consistent with reports in 2008 that claimed to identify Banksy as Gunningham, who is a painter from Bristol, based on a photograph of the artist with a spray can.

Banksy became famous for his outdoor stencils, often political in nature, and for acts such as placing a life-size replica of a Guantanamo Bay detainee on a ride atDisneyland. In 2013, he spent the summer in New York, leaving impromptu murals on buildings, earning the ire of the city’s mayor in the process.

According to the BBC, lawyers for Banksy approached the Queen Mary University of London with concerns about how the work would be publicized. But they reportedly did not question the validity of the science.

The purpose of the study was to use Banksy as a test subject to prove how the DRM model of profiling is a superior mathematical technique for identifying people associated with certain acts. The study claims the technique used to identify Banksy “could be used to help locate terrorist bases before more serious incidents occur.”