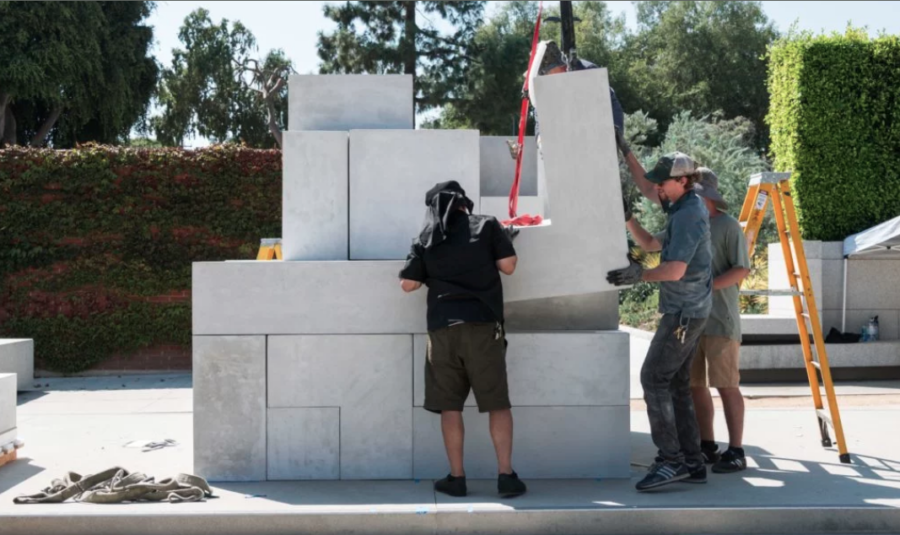 Pacific Standard Time: LA/LA is now in full swing, and the most creative entry may by one commission by the Getty of a new public art piece by Guadalajara-based artist Jose Dávila. Dávila has been working with Los Angeles-based public art conservancy LAND for the better part of a few years to build and execute a group of 40 stone slabs weighing between 330 and 440 lbs which interlock perfectly into an eight foot square cube.

The cube is currently resting in West Hollywood Park, but will soon be distributed to parks, libraries and art centers across the county, where the public will be invited to decorate them. At the end of the PST: LA/LA initiative in January 2018, the slabs will be reassembled to their original location where the cacophony of styles will be butted up against one another.

“…They’ll bring their histories back to the site, creating a portrait of Los Angeles,” says Shamim Momin, the director of LAND. The melange of art and grime that will inevitably coat each stone is representative of the city — a place of sharp contrasts dependent on all of its neighborhoods to exist as the fascinating metropolis it has become.

To learn more, read the original article at Artnet.