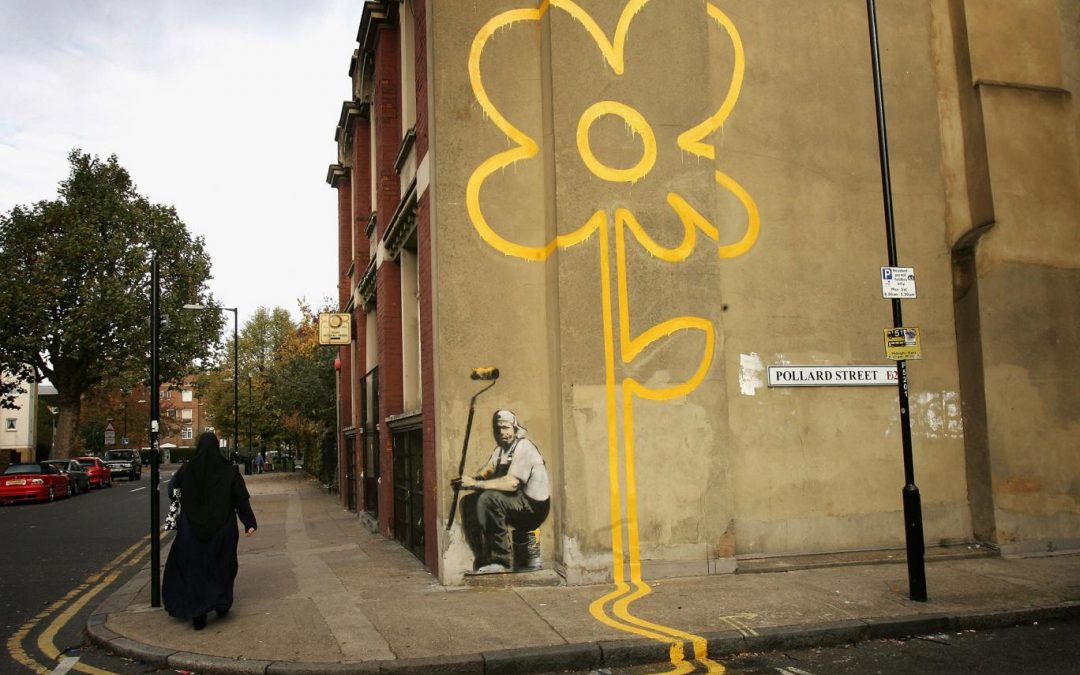 “Geographic profiling”, a technique used to catch serial criminals, has proved that the elusive artist Banksy really is Robin Gunningham, according to academic research.

Scientists at Queen Mary University of London claim to have “tagged” Banksy, by identifying a pattern between the locations where his graffiti artworks most frequently appear and addresses with a close association to Gunningham, named as Banksy in a 2008 newspaper investigation.

The secretive street artist was the unwilling subject of a statistical “geoprofile.” The research was delayed after Banksy’s lawyers contacted the university with concerns over how the study, titled Tagging Banksy, would be promoted.

The researchers said they wanted to demonstrate the broader potential of geographic profiling, a sophisticated form of statistical analysis used in criminology to try and narrow down possible locations where a repeat offender might be living.

Setting themselves the challenge of establishing Banksy’s identity, the academics selected 140 suspected works by the artist in London and Bristol. The locations suggested clusters of “hot spots” which could be narrowed down, with further investigation, to pinpoint an individual.

The “hot spot” peaks correlated to a pub, playing fields, a residential address in Bristol and three addresses in London. Using publicly available information, the researchers concluded that those locations were all places lived in or frequented by Gunningham.

The “geoprofile” created for Gunningham provided strong evidence for the claim that the former public schoolboy from Bristol, “unmasked” in 2008, was indeed Banksy.

The academics made the unflattering comparison between Banksy’s street artwork, which sells for up to £500,000 and acts of criminal vandalism. “The pseudonymous artist Banksy is one of the UK’s most successful contemporary artists, but his identity remains a mystery. The model takes as input the locations of these artworks, and calculates the probability of ‘offender’ residence across the study area,” they wrote.

“Our analysis highlights areas associated with one prominent candidate (e.g., his home), supporting his identification as Banksy. More broadly, these results support previous suggestions that analysis of minor terrorism-related acts (e.g., graffiti) could be used to help locate terrorist bases before more serious incidents occur, and provides a fascinating example of the application of the model to a complex, real-world problem.”

Biologist Steve Le Comber, a co-author of the report, told the BBC: “I’d be surprised if it’s not (Gunningham), even without our analysis, but it’s interesting that the analysis offers additional support for it. What I thought I would do is pull out the 10 most likely suspects, evaluate all of them and not name any. But it rapidly became apparent that there is only one serious suspect, and everyone knows who it is. If you Google Banksy and Gunningham you get something like 43,500 hits.”

The academic team included Dr Kim Rossmo of the Texas State University, a criminologist and former detective who pioneered geoprofiling. In criminology, the technique relies on the assumption that crime happens close to where the person responsible lives. The technique has also been used to trace the breeding site for malaria outbreaks or to locate the roosts of wild bats.

Banksy’s legal intervention did not alter the research, which was published in the Journal of Spatial Science after a short delay. It is believed that the artist’s concerns centred on the press materials accompanying the paper.

The validity of the Banksy paper was questioned. “The method itself is incredibly imprecise, and uses only suspected cases of Banksy’s artwork (Banksy performs his art anonymously, so it’s not obvious which pieces belong to him, or if the work is performed by multiple people),” said the Gizmodo technology blog, which added: “As a potential privacy concern, there’s much to be worried about.”