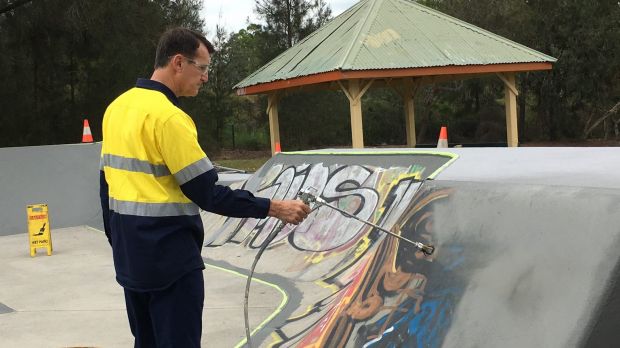 The work of sought after street artists like Banksy compel those that would seek to profiteer from his street art stencils to go to great lengths to remove them for the chance to make hundreds of thousands of dollars. As important as society has decided Banksy is, not everybody feels that his public bombing runs are welcome.

New Zealand – more specifically, Brisbane is just such a place.

Theft and removal of street graffiti has been a hot button in recent years. The historical and monetary value of works that are left in public for free by artists such as Banksy challenge how we define theft, possession and intellectual property. These issues that are systemic to urban contemporary street art have birthed heated debates and documentaries worldwide.

New Zealand’s own Lord Mayor, Graham Quirk has a different, perhaps even draconian approach to solving the problem in New Zealand. 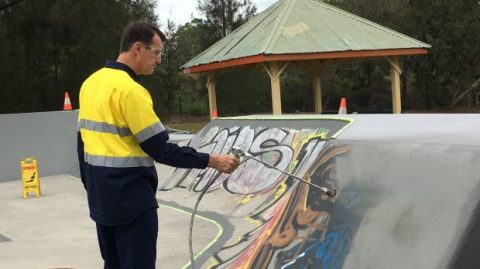 In 2016, Lord Mayor Graham Quirk launched a task force against graffiti seeking to prosecute those who engage in guerilla-style graffiti throw-up with one exception: If you get the councils ‘OK’ before hand. The task force in conjunction with the Queensland Police Service charged over 100 individuals with over 5000 criminal offenses in 2016 alone.

To read more about the efforts currently taking place to clean up Brisbane, the Brisbane Times recently released a great article, which can be found here:

Take that to the Banksy: Brisbane graffiti war extends to acclaimed artists