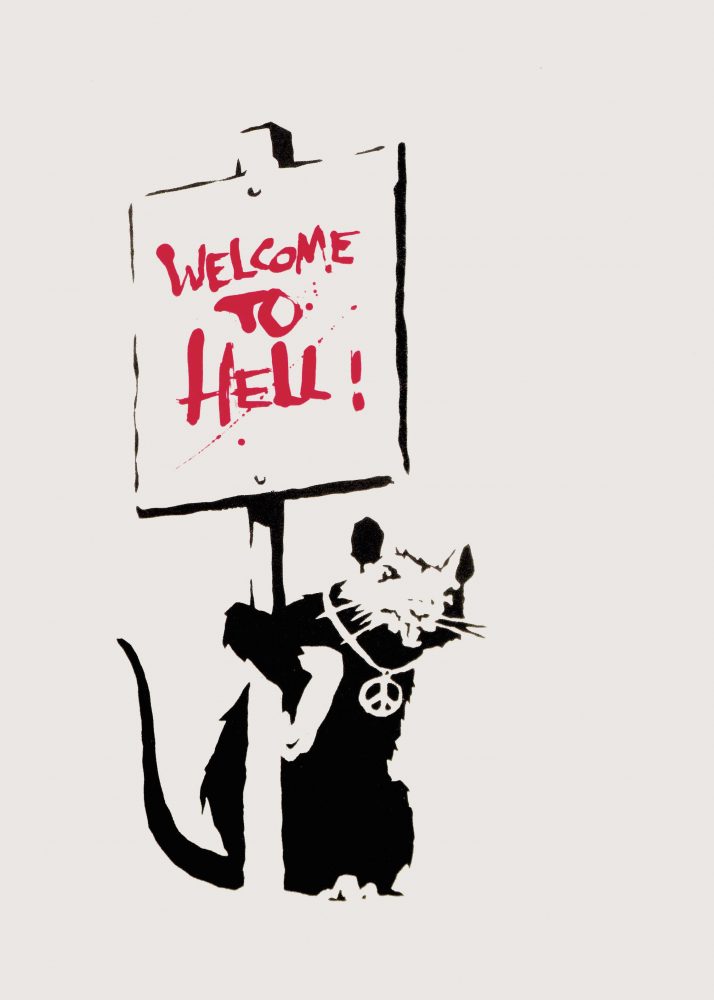 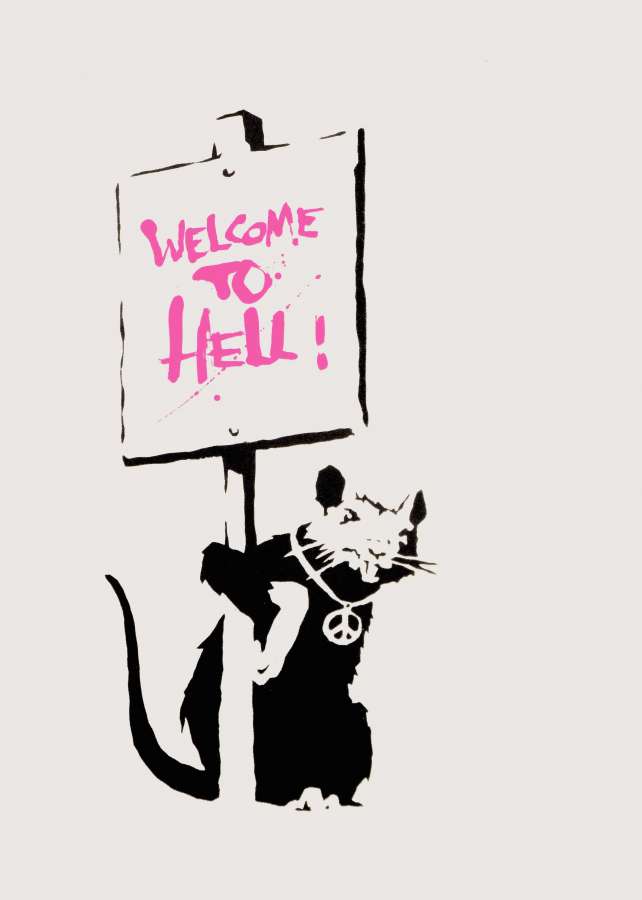 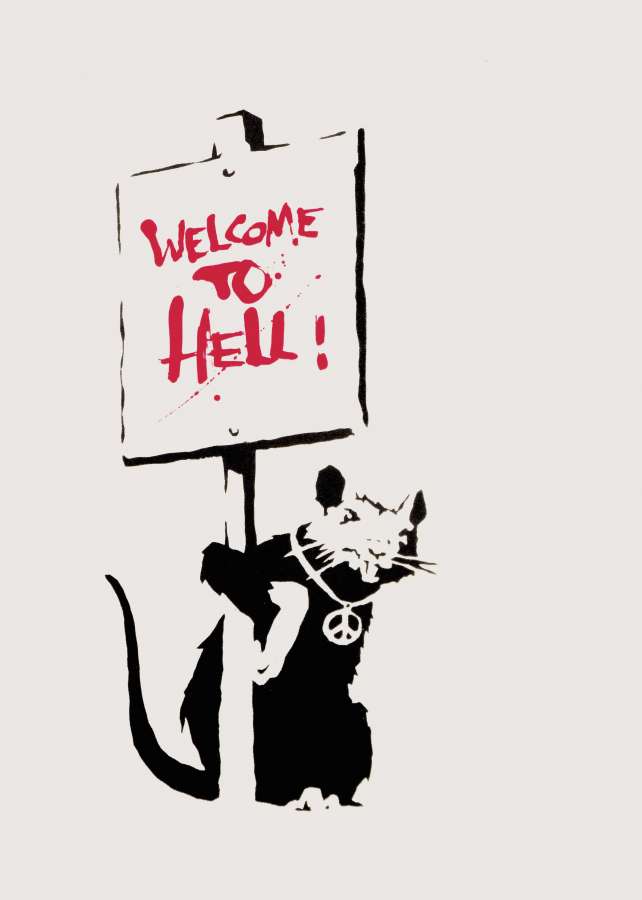 “They exist without permission. They are hated, hunted and persecuted. They live in quiet desperation amongst the filth. And yet they are capable of bringing entire civilizations to their knees. If you are dirty, insignificant, and unloved then rats are the ultimate role model.”

Rats are iconic in Banksy street art prints because they are emblematic of street art itself. Rats are also a symbol for the millions of people in the world who face injustice and unfairness in the so-called “rat race.” Banksy wrote this about rats in his 2005 book Wall and Piece: “If you are dirty, insignificant and unloved then rats are the ultimate role model.” Banksy rats reference the so-called father of stencil graffiti,” Blek Le Rat. This French stencil artist, who made his name in the 1980s, was similarly fond of rats as subjects because of their massive, if negatively perceived, impact on populations.