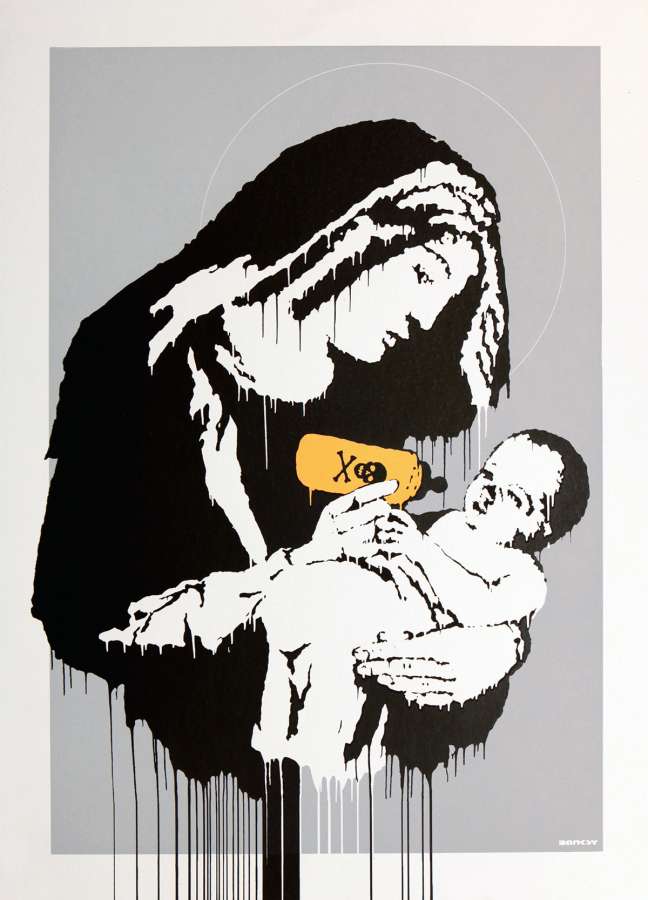 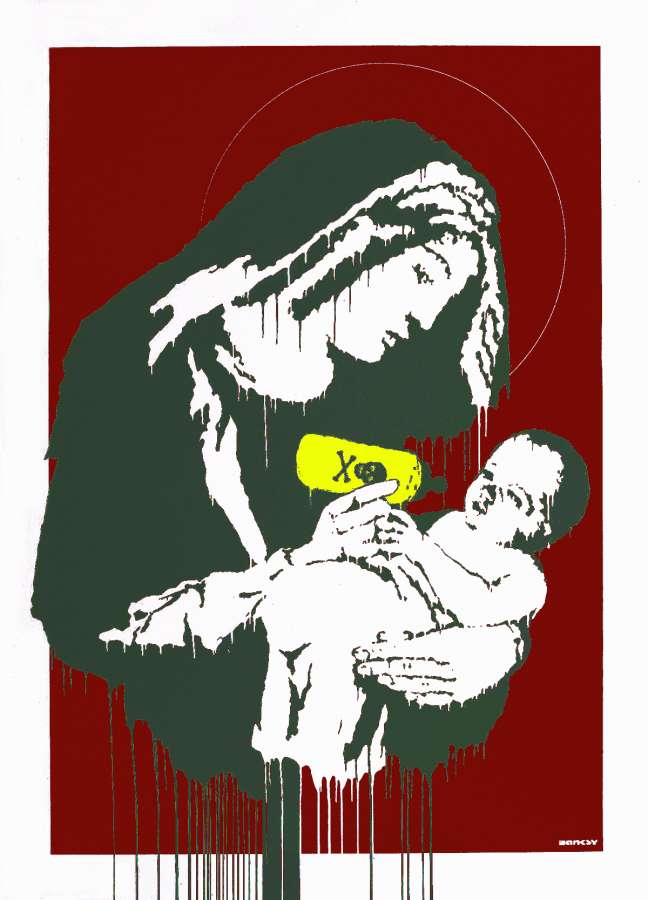 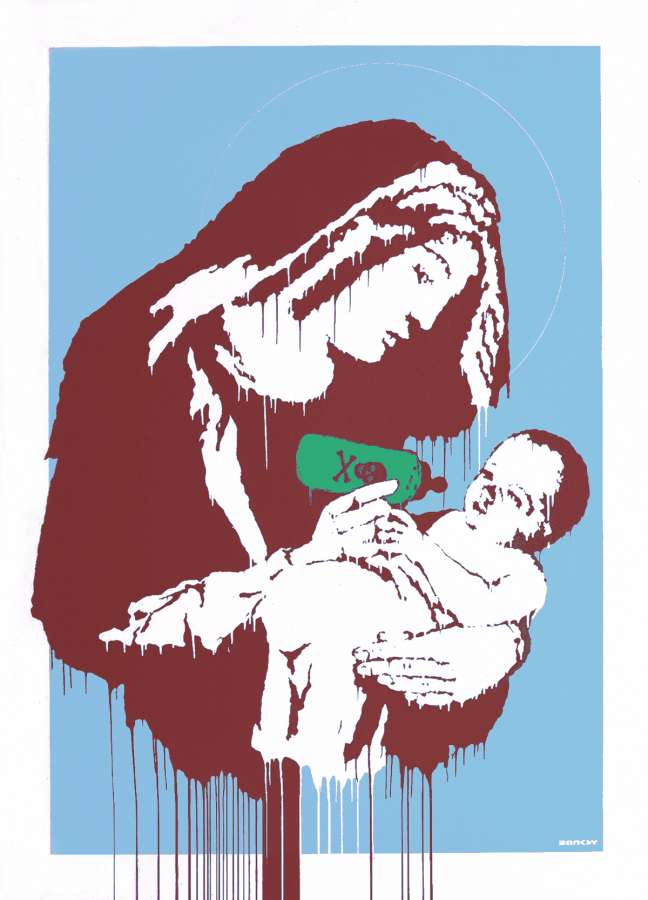 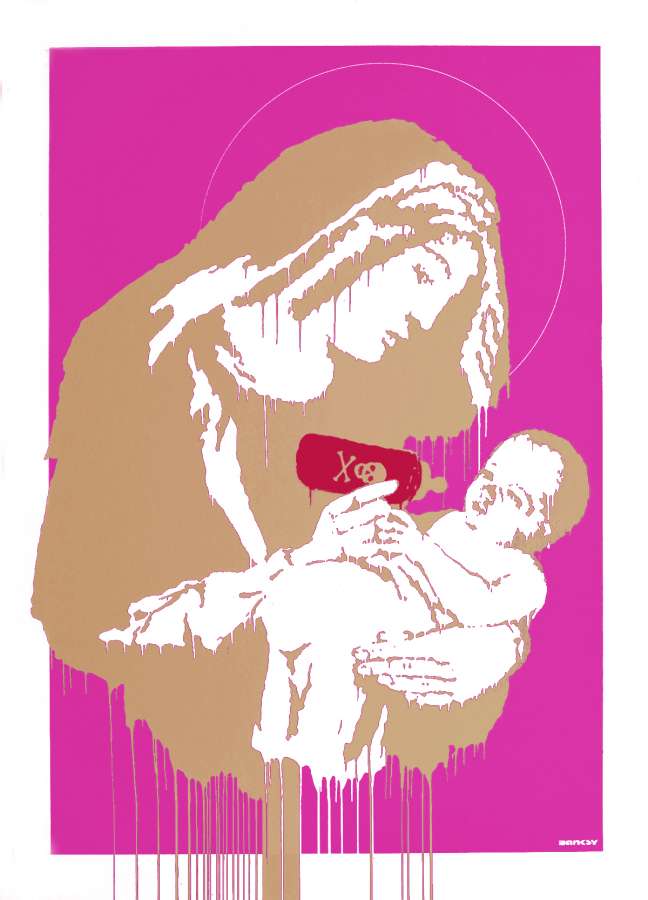 Banksy’s Toxic Mary is an early street art work by Banksy that first appeared as a painting in the clandestinely-erected exhibition Turf War, which took place in the east London area of Dalston in 2003. Banksy created a limited edition screen print of Toxic Mary in 2003 in a limited edition of 750 prints, with 150 signed and 600 unsigned. Toxic Mary is an original spin on one of the most important symbols in the history of orthodox iconographic art: Madonna and the Christ child. Banksy’s half-figure Madonna is resembles the style associated with Italian Rennaissance art, and is an image which easily embeds itself into popular iconography.

In Toxic Mary, Banksy satirizes the relationship between mother and child, but also between religious authority and layperson. To a layperson, religion may offer security, but it does not always equal safety. The figure of Madonna is seen feeding poisonous formula to the infant Christ. Many across the world feel that religion has disproportionately sparked more wars, caused more death, and fostered a sense of cultural intolerance than it has done good. This print, is one of only two print images Banksy has made which explore or directly comment on religious themes; the other being Christ With Shopping Bags.