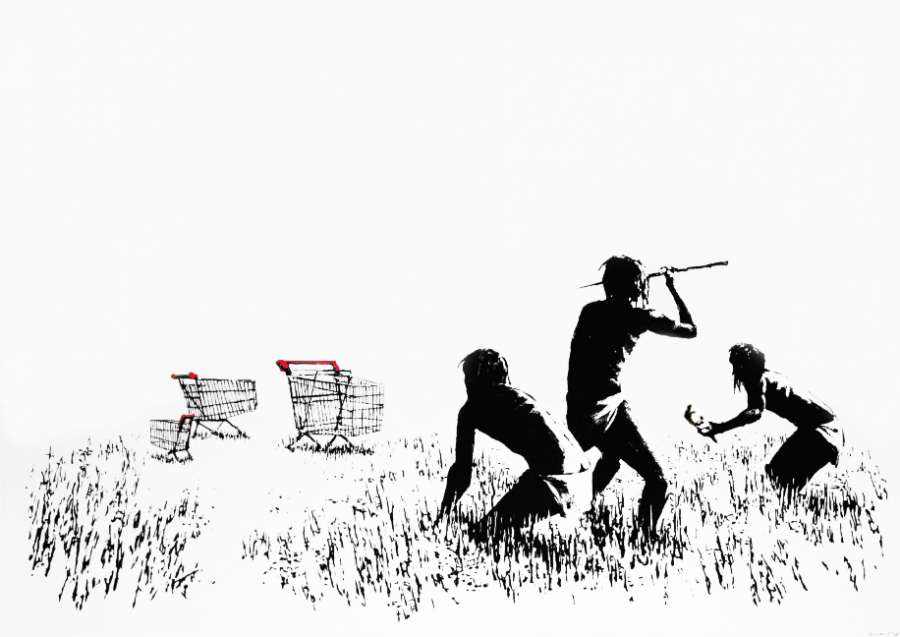 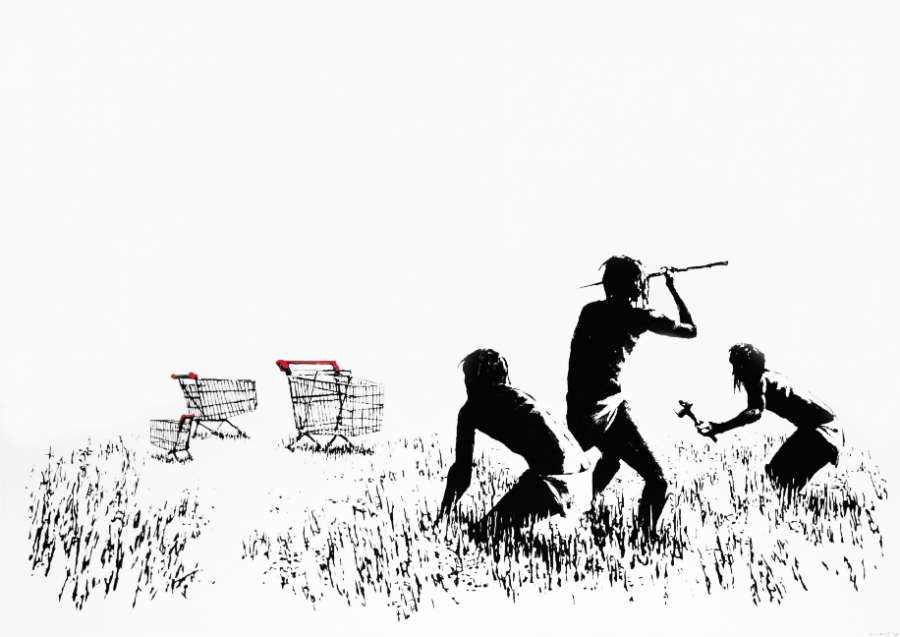 For every art movement in the past century, there has been one seminal exhibition; one show that that has opened the floodgates of interest from critics, collectors, and copycats. For Pop Art, it was the American Supermarket show; for contemporary installation art, it was the Young British Artists shows at Saatchi. For graffiti and street art, that exhibition was Barely Legal. It was 2006, it was Los Angeles, and it was an exhibition of works by Banksy in a warehouse that turned the art world on its ear almost instantaneously. The “Barely Legal Print Set,” as six particular Banksy street art prints are known, are the most coveted artworks by Banksy from the exhibition. They are also the most rare and valuable screen print sets in urban art. 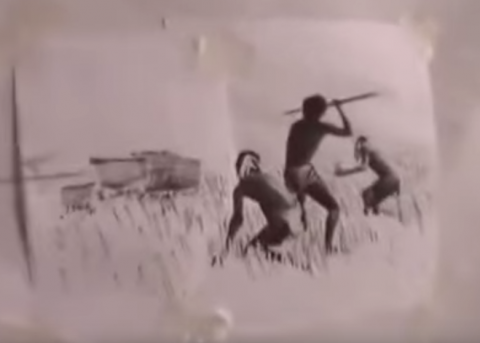 Pictured is the original transparency film for Banksy’s Trolley Hunters print for the Barely Legal set for the 2006 exhibition.
On the far left you can see a gestural sketch of a low standing african plains tree. This tree was removed from the prints, but was included in the original canvas painting.

Trolley Hunters is a darkly humorous print and Banksy’s most popular image from the Barely Legal Set. It was reprinted in higher edition and a blue-and-yellow colorway in 2007. Trolley Hunters shows caveman crouching in a field, staking out their target, which consists of a “herd” of trolleys (the British word for shopping carts). In Trolley Hunters, Banksy infers one of two things — either that humans have innately been drawn to the addiction of consumerism since they began walking upright, or that the stupidity of the human race is such that they hunt down receptacles for their possessions and spend their energy acquiring (both interpretations at once are entirely possible). In the original Modern Multiples and Pictures On Walls editions, the caveman on the right holds a hammer-like tool made from wood with a pointed piece of stone tied around it. In the later Pictures On Walls editions, he holds a drumstick-shaped club instead.