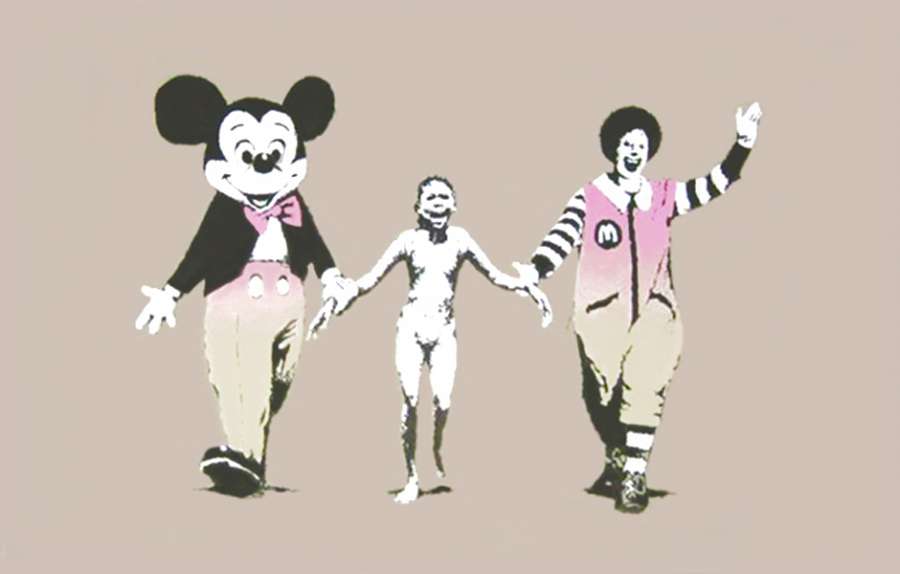 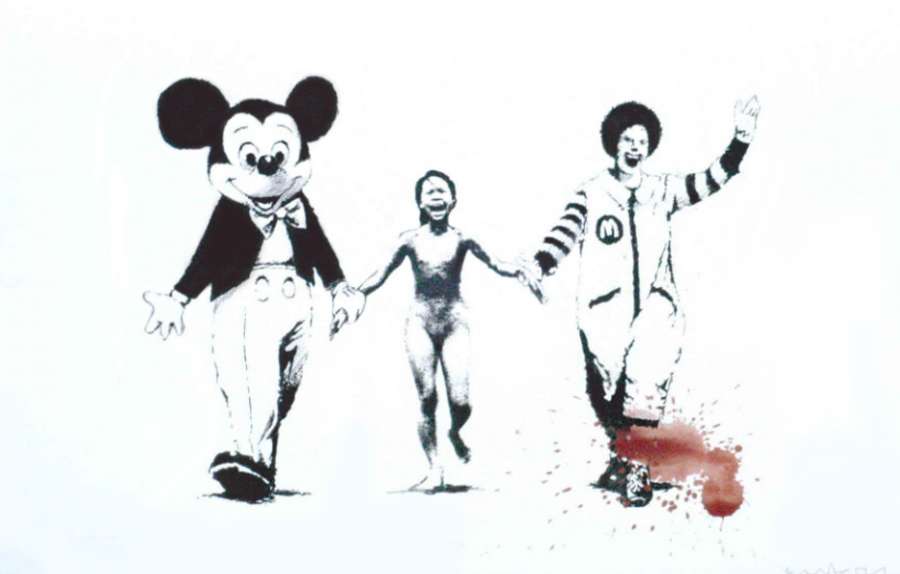 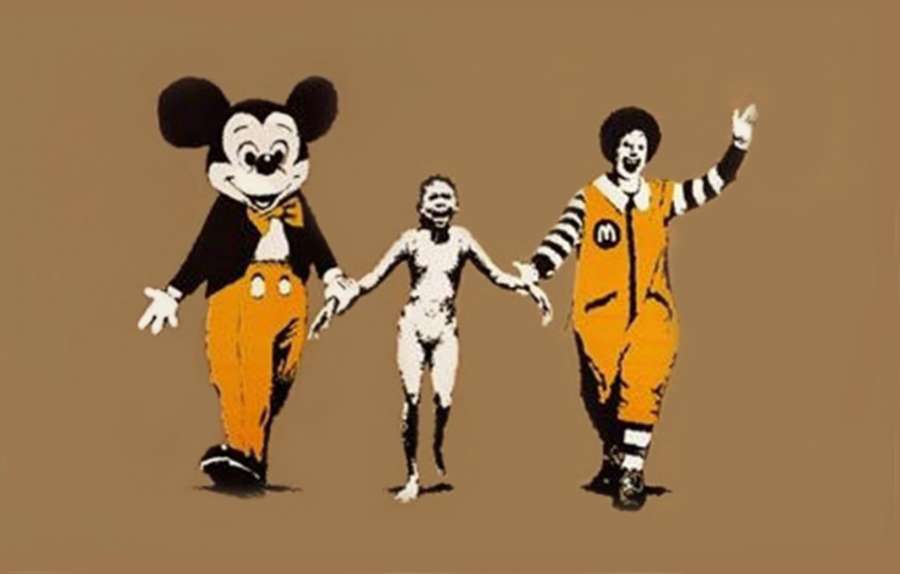 The Banksy print, Napalm is sourced from a recognizable and famous Vietnam War photograph taken on June 8th, 1972 by AP photographer, Nick Ut – the photograph would later win a Pulitzer Prize.  The focal point of the original photograph seen below shows a young girl Phan Thi Kim Phuc (then age 9), fleeing the town of Trang Bang after a air to surface bombing raid by U.S. soldiers. 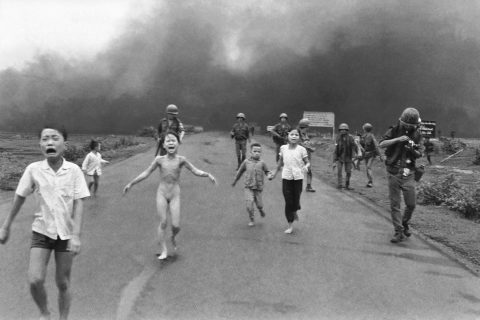 South Vietnamese forces follow after terrified children, including 9-year-old Kim Phuc, center, as they run down Route 1 near Trang Bang after an aerial napalm attack on suspected Viet Cong hiding places, June 8, 1972. A South Vietnamese plane accidentally dropped its flaming napalm on South Vietnamese troops and civilians. The terrified girl had ripped off her burning clothes while fleeing. The children from left to right are: Phan Thanh Tam, younger brother of Kim Phuc, who lost an eye, Phan Thanh Phouc, youngest brother of Kim Phuc, Kim Phuc, and Kim’s cousins Ho Van Bon, and Ho Thi Ting. Behind them are soldiers of the Vietnam Army 25th Division. (AP Photo/Nick Ut) 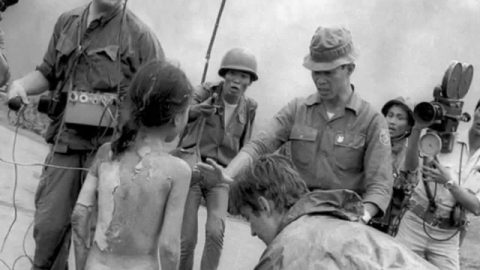 Phuc is seen running naked in fear away from her town and the soldiers responsible for setting both it and her back ablaze with Napalm. Phuc would later be taken to a hospital in Saigon for treatment and was not expected to survive by doctors.  Over the course of the next 14 months, Phuc would undergo nearly 20 medical procedures including skin transplants to heal her wounds. She is still alive today and has been the focus of a book called, The Girl in the Picture, which was written and published in 1996 by author Denise Chong.

Banksy unapologetically investigates the relationship between perception and reality in the Napalm print. Seen bookending both sides of the girl are icons of American Culture and Capitalism skipping with the screaming young girl. Considered by many to be one of Banksy’s most haunting and hard images, he draws interest towards how America perceives itself, and how it is perceived by other cultures. Are the figures guiding Kim Phuc to safety or are they skipping her towards an untimely end? 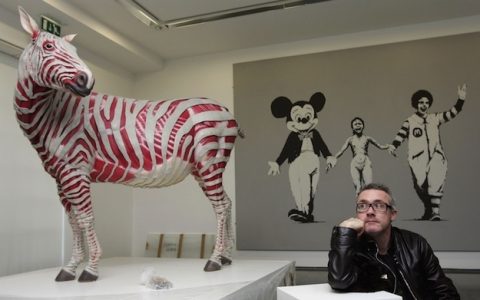 Famous Young British Artist, Damien Hirst eventually ended up acquiring the Napalm painting by Banksy. Both artists are known to have great mutual respect for each other’s creativity.

One could also interpret this Banksy print as exploring the damaging effects of expansion and occupation. See by many in the U.S. as a pimple on the face of the local landscape, McDonald’s establishments are viewed as an ever-imposing offense to the eyes. The expansion of this restaurant chain is prolific; its unhealthy dining options can be had in over 119 countries across the world. To her left is the brand’s mascot Ronald McDonald, looking onward gleefully without concern or care for the girl, while on her right is Mickey Mouse – an icon known to children worldwide as an embodiment of wonder, safety and happiness.