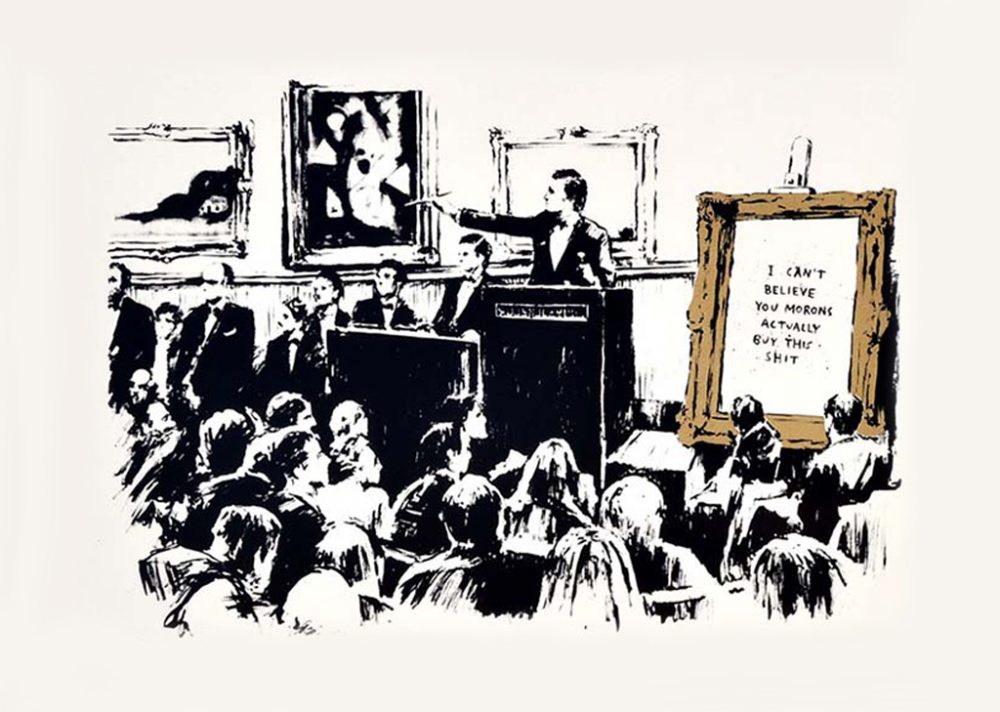 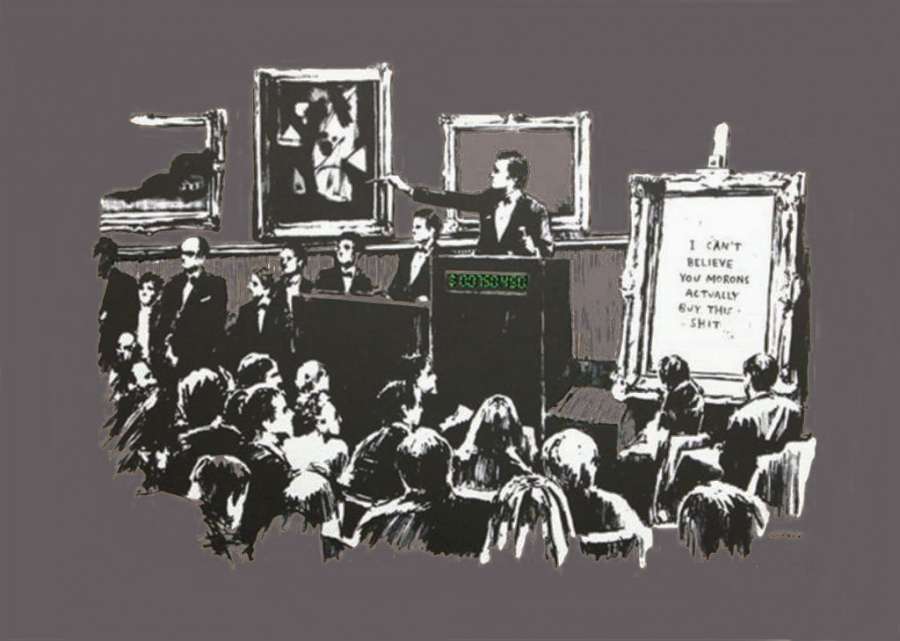 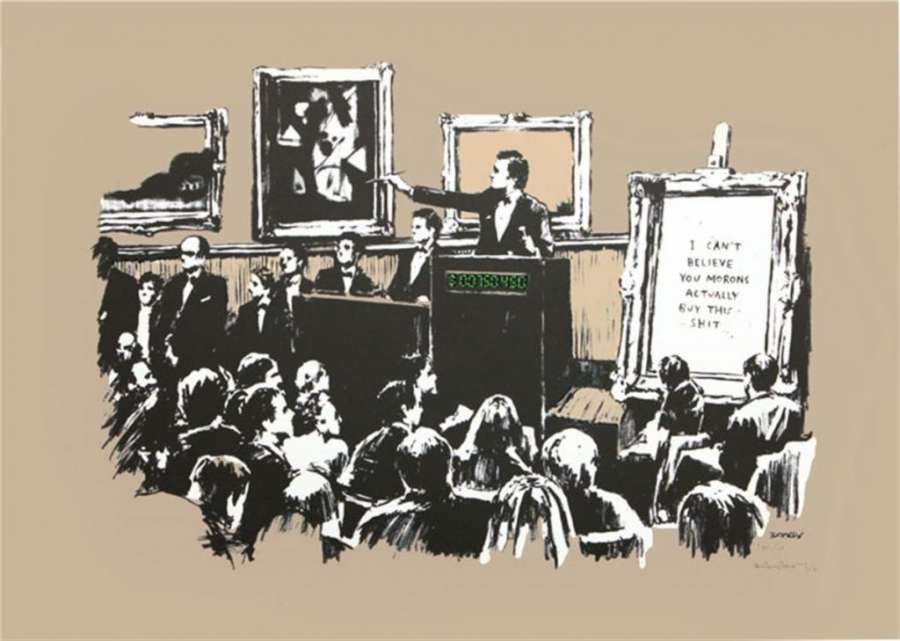 I CAN’T BELIEVE YOU MORONS ACTUALLY BUY THIS SHIT!

Morons is one of Banksy’s harshest critiques toward the art market, and is a biting graffiti art print. The image depicts a crowd of art collectors gathering around an auctioneer. Among the paintings on display, the one up for sale is a large canvas surrounded by a gilded golden frame. The canvas contains the clearly-written words “I CAN’T BELIEVE YOU MORONS ACTUALLY BUY THIS SHIT.” It is implied that the crowd is willing to part with huge sums of money to acquire the Banksy artwork for sale — irony or not.

“The art world is the biggest joke going. It’s a rest home for the overprivileged, the pretentious, and the weak.” – Banksy

Morons was released in an edition of 100 for the Barely Legal show, and is black and white save for the offending artwork frame, which is screen printed gold. In 2007, Pictures On Walls printed additional editions, with 500 unsigned in pure back and white, 150 signed in pure black and white, and 300 signed on a sepia background. All of the editions of the Banksy street art print Morons are quite valuable, naturally.