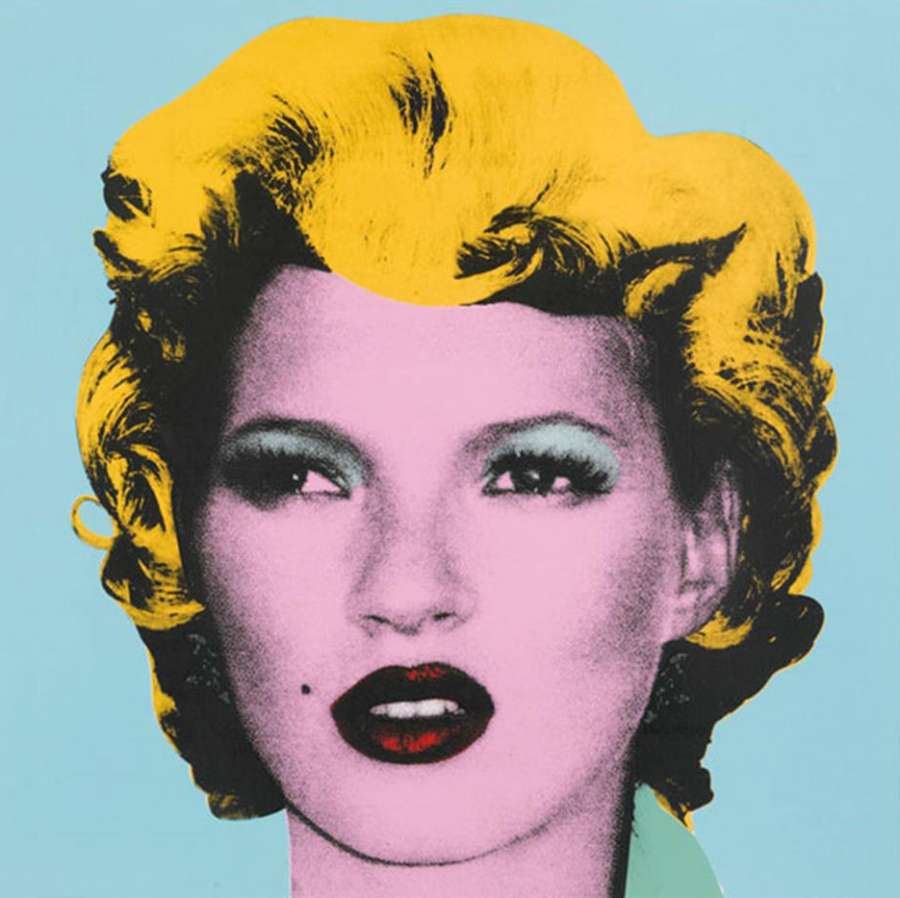 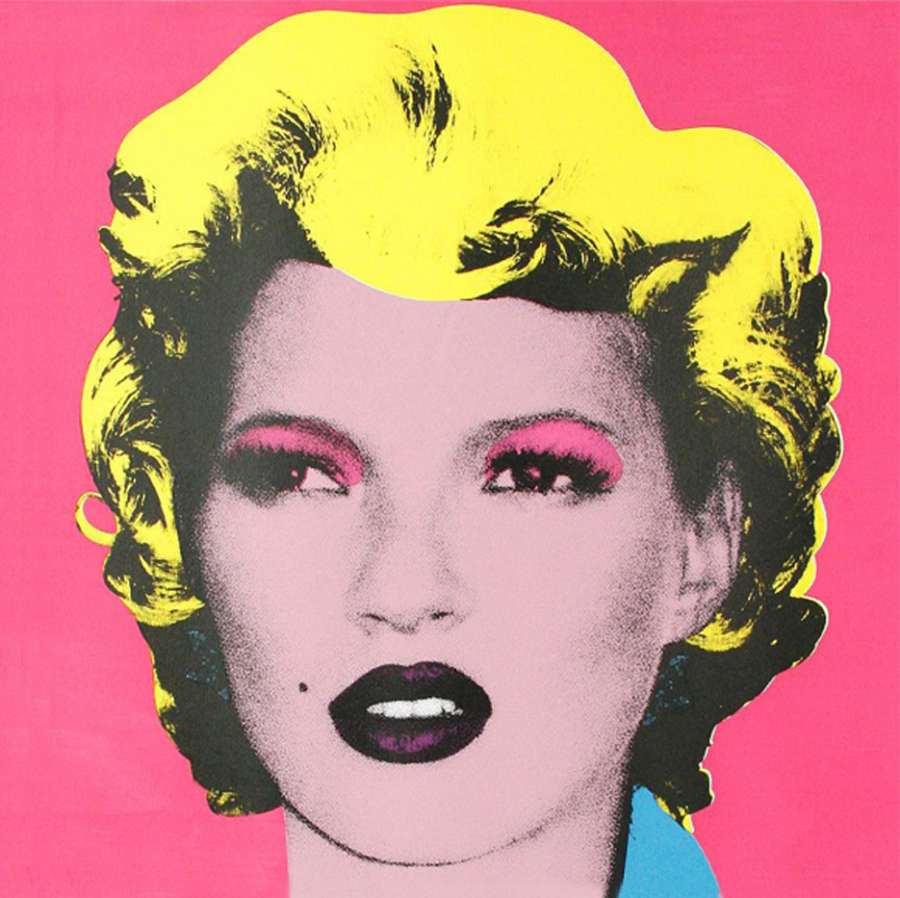 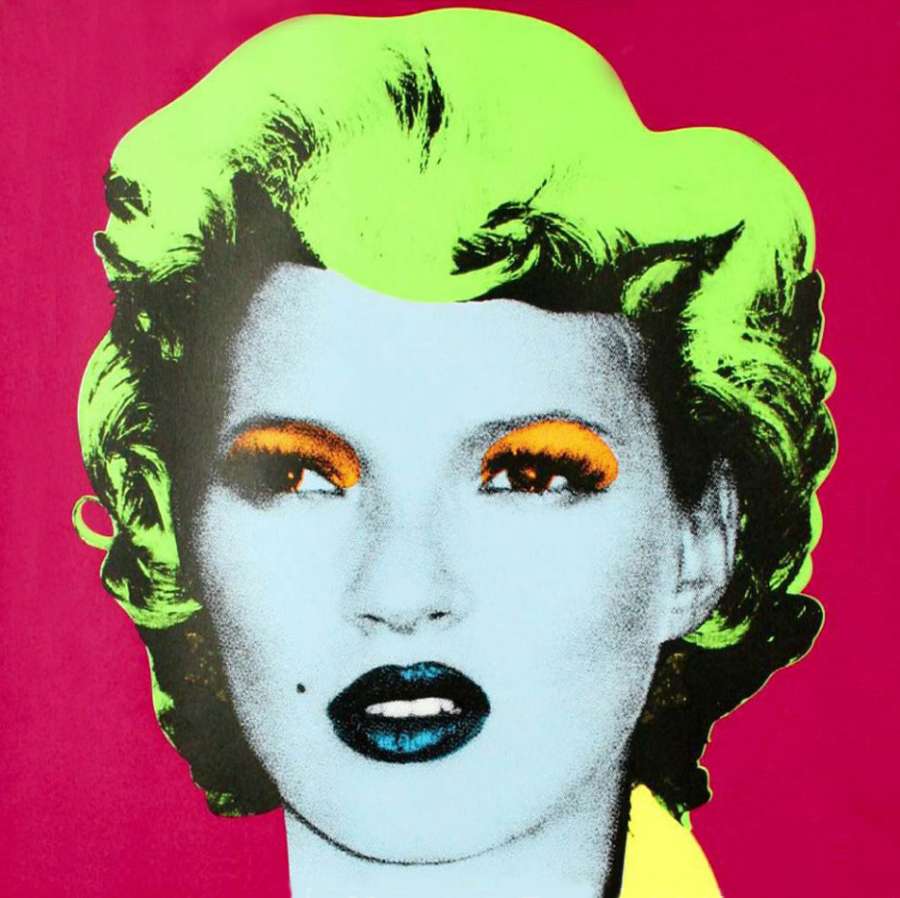 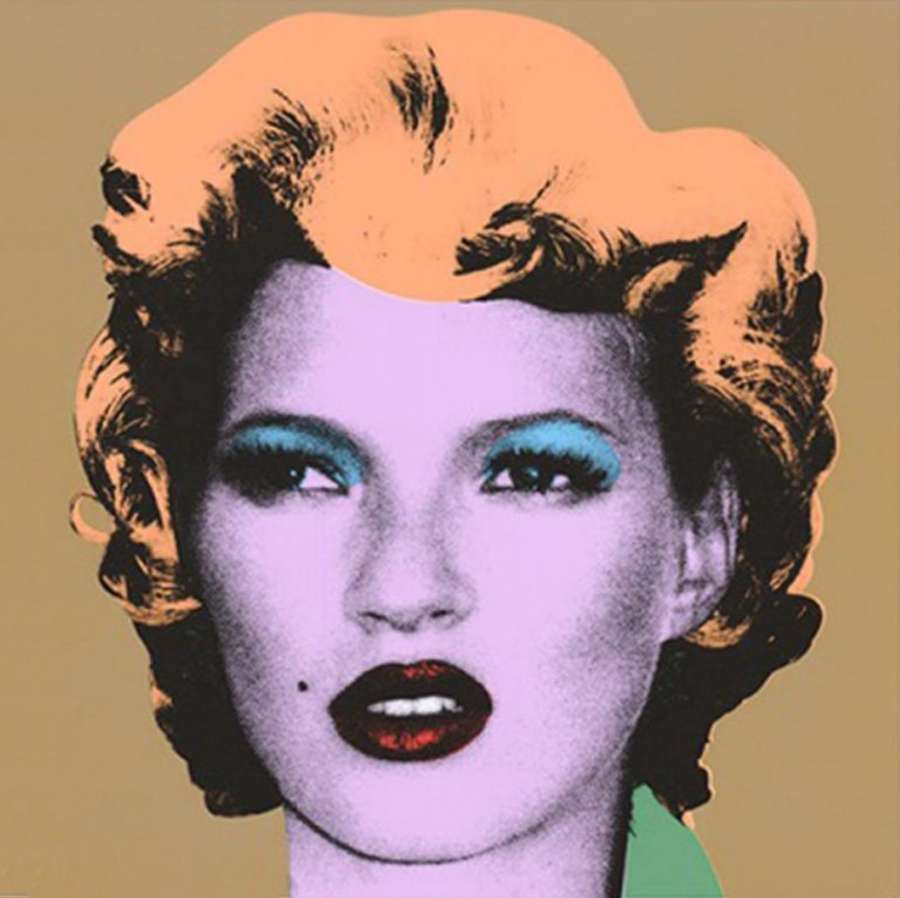 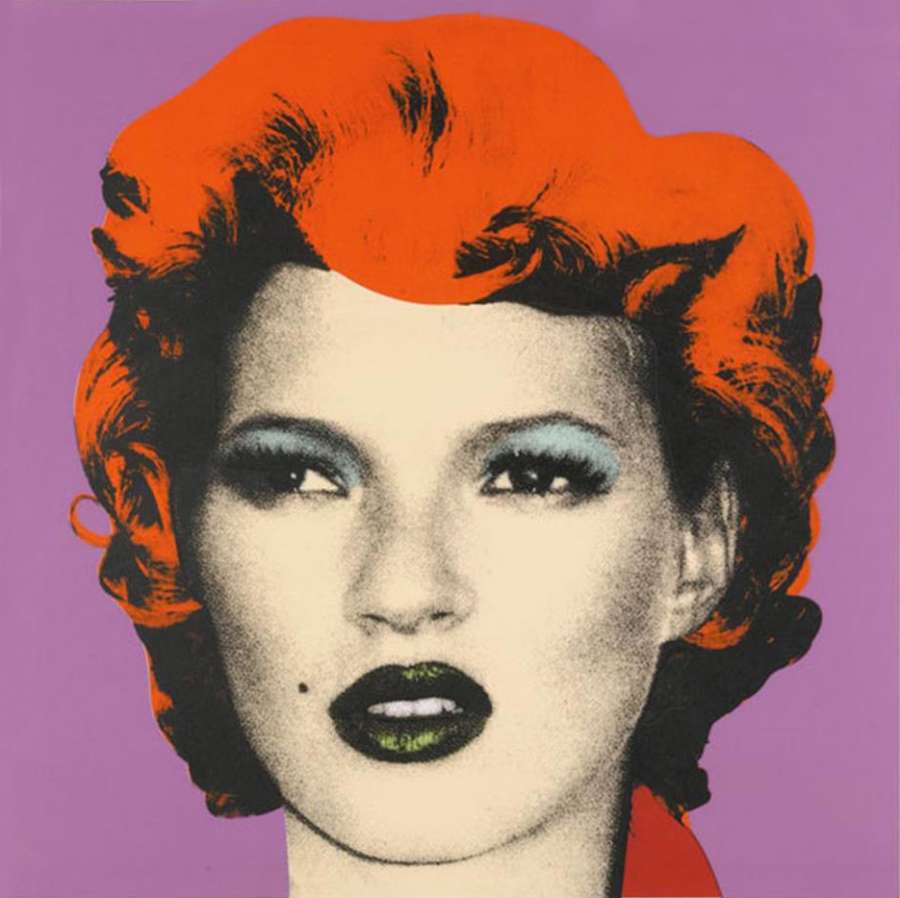 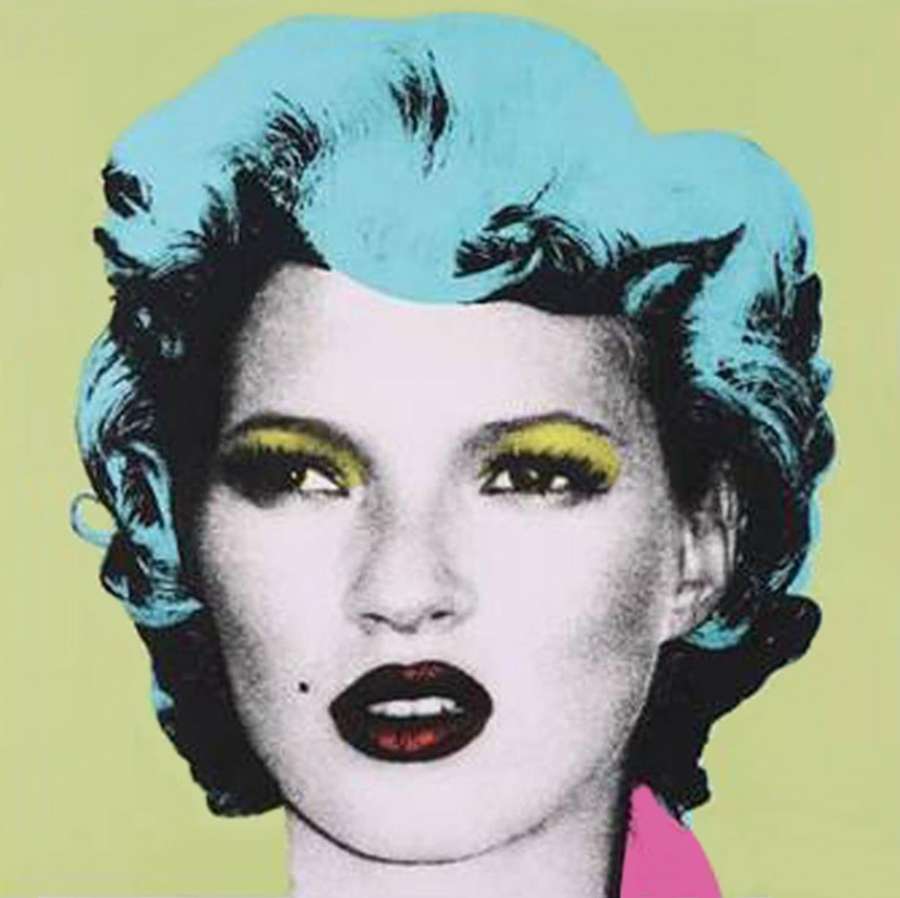 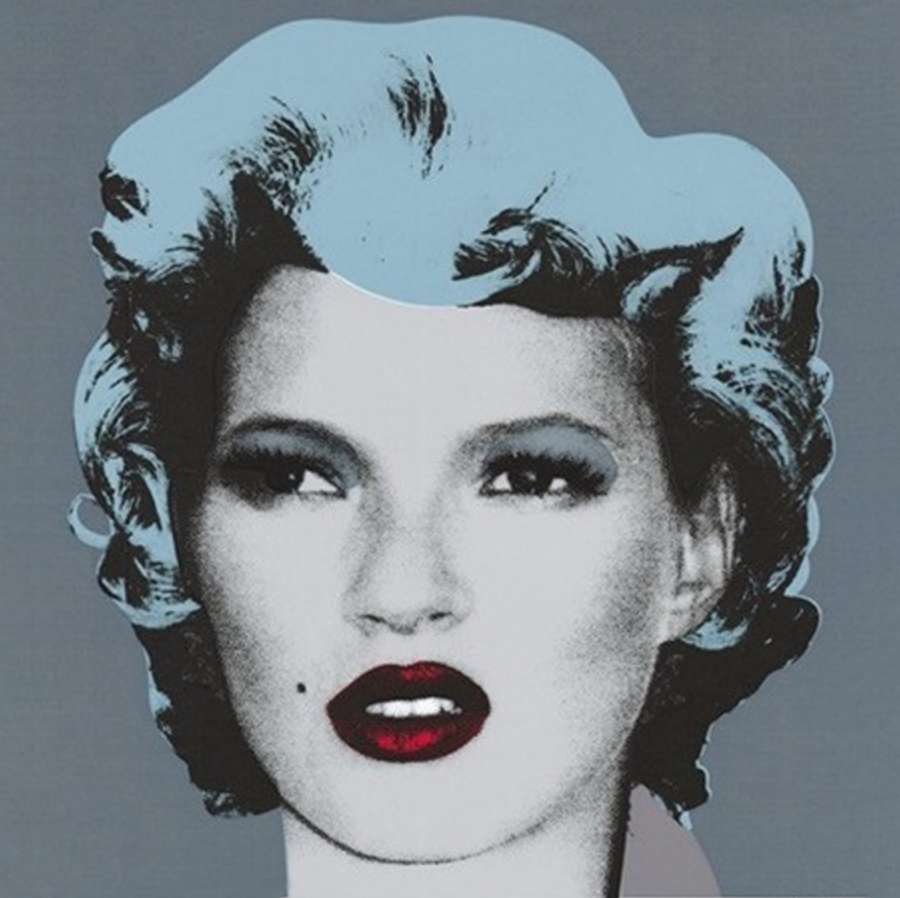 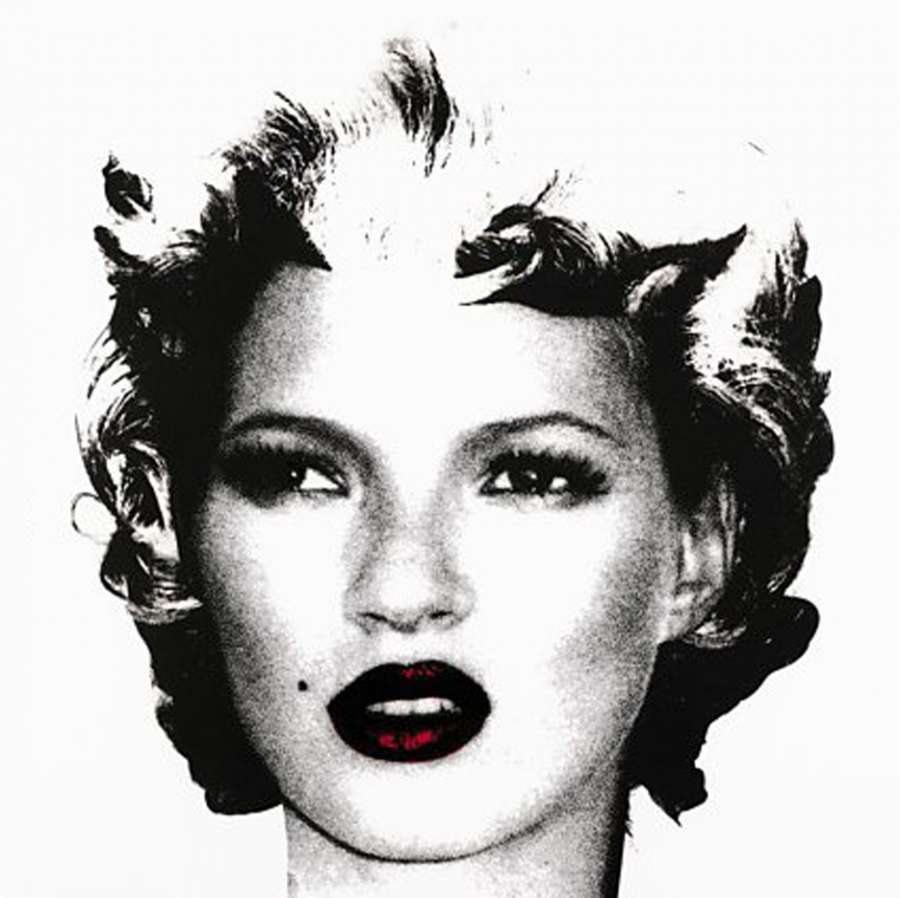 “I don’t know why people are so keen to put the details of their private life in public; they forget that invisibility is a superpower. ” – Banksy

Banksy is widely considered to be the Andy Warhol of the 21st century in terms of his popularity, pop sensibility, and sly social commentary. Banksy’s Kate Moss is an undeniable homage to Andy Warhol’s screen prints of actress Marilyn Monroe, from the portrait to the style of screen printing and the color ways. Kate Moss is also one of Banksy’s most desirable works for sale, with auction prices for the prints reaching as high as six figures for some works.

Banksy created the original edition of 50 signed prints in 2006 on a light blue colorway. Shortly afterward, he released an edition of 120 signed Kate Moss prints, with 6 color ways of 20 prints each. Banksy also sold 12 signed AP (Artist Proofs) of the Kate Moss artwork and created 5 works on canvas. In 2011, he painted a version of the print in the bathroom of supermodel Kate Moss herself as a surprise wedding gift when she was out of the country on her honeymoon.

“The time of getting fame for your name on its own is over. Artwork that is only about wanting to be famous will never make you famous. Any fame is a by-product of making something that means something. You don’t go to a restaurant and order a meal because you want to have a shit.”– Banksy

Andy Warhol’s Marilyn Monroe artworks were a glorification of someone whose legend became larger than herself. Banksy chose to depict a famous person whose image has been equally glamorized for the past several decades. Whether you agree or not with the justification of these actresses’ public worship, it is clear that Banksy has his finger on the pulse of public opinion, and Kate Moss is one of Banksy’s most fun artworks for sale.