I Fought The Law 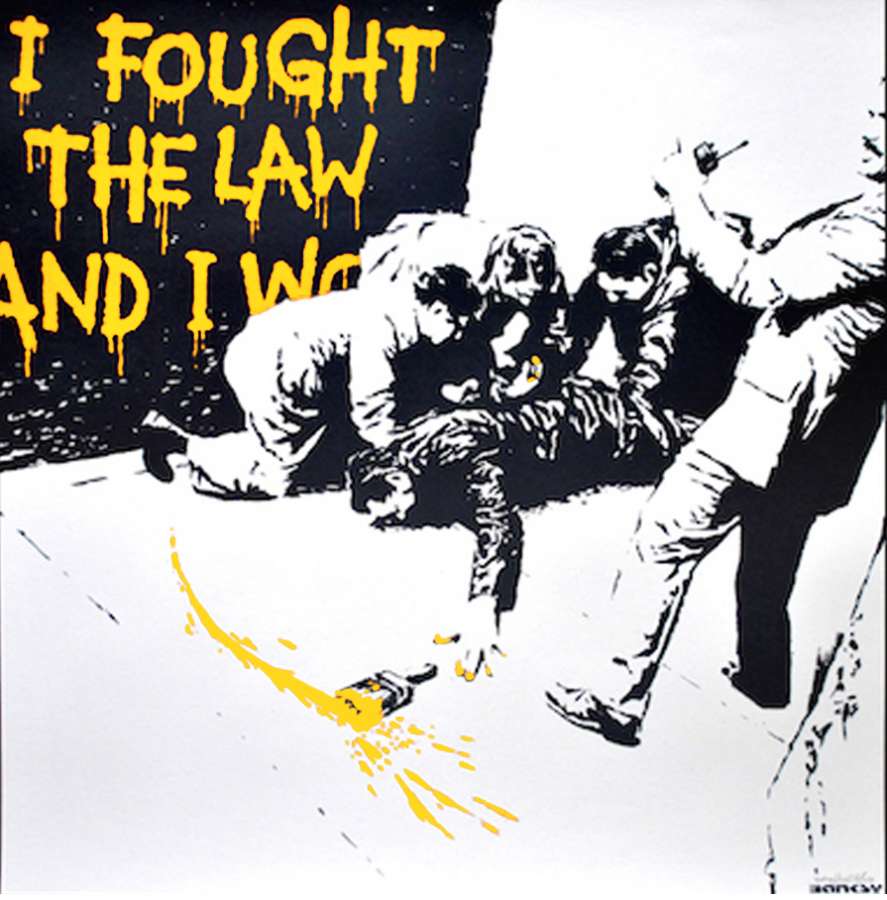 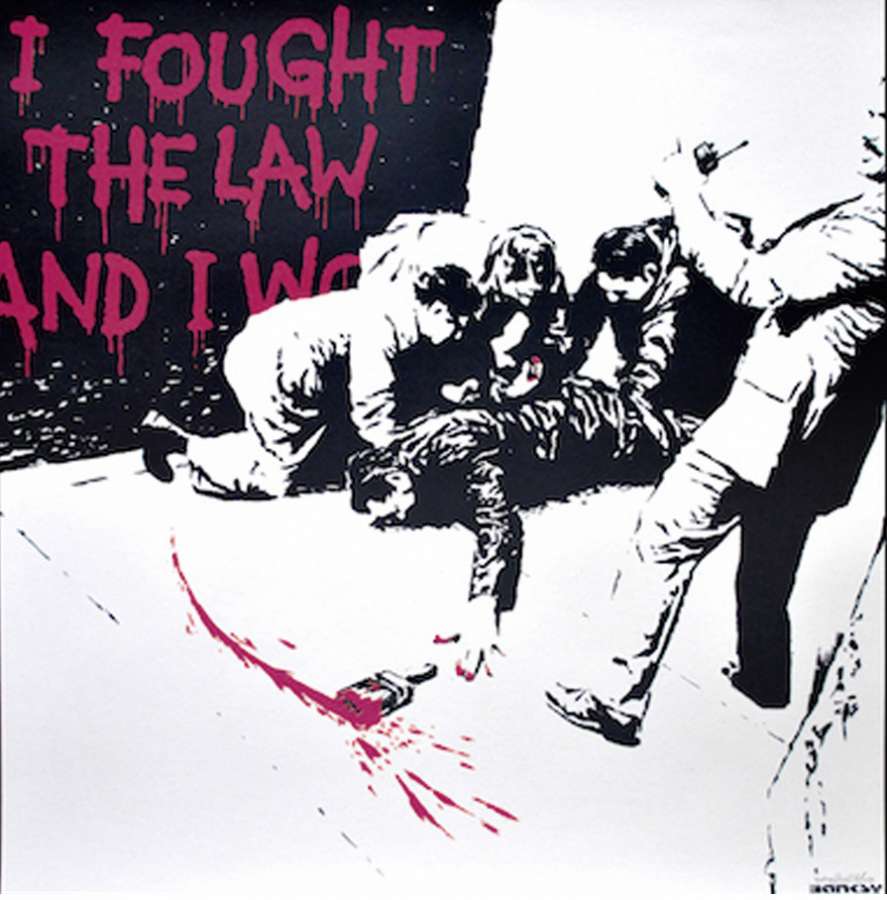 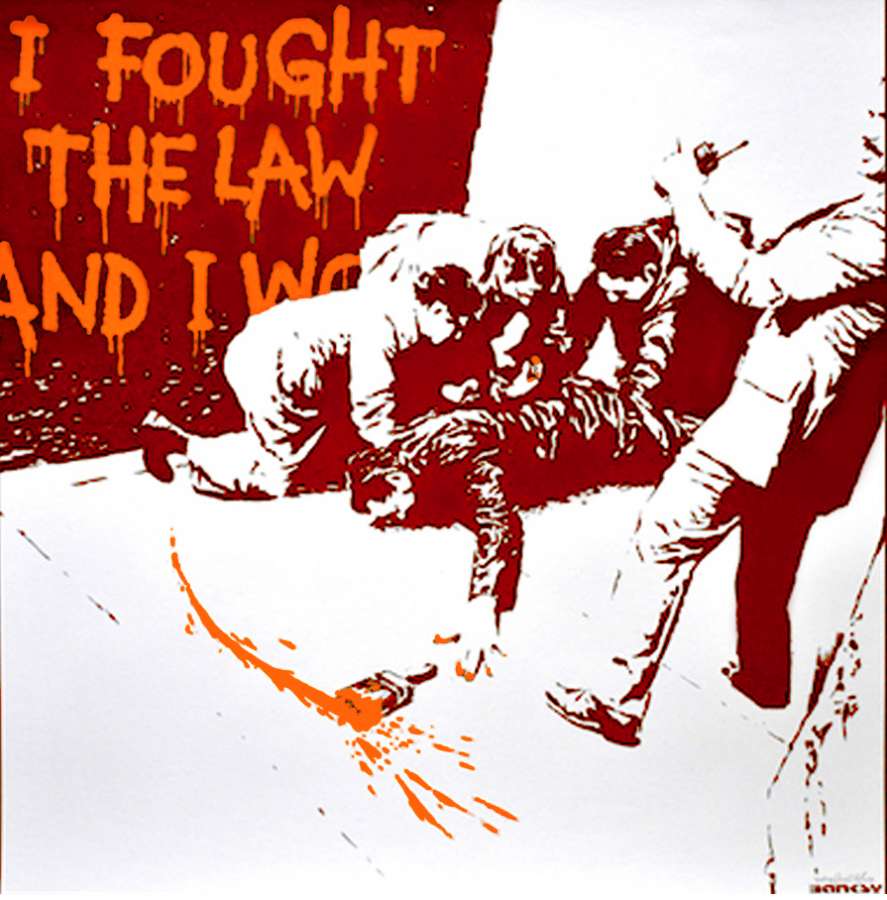 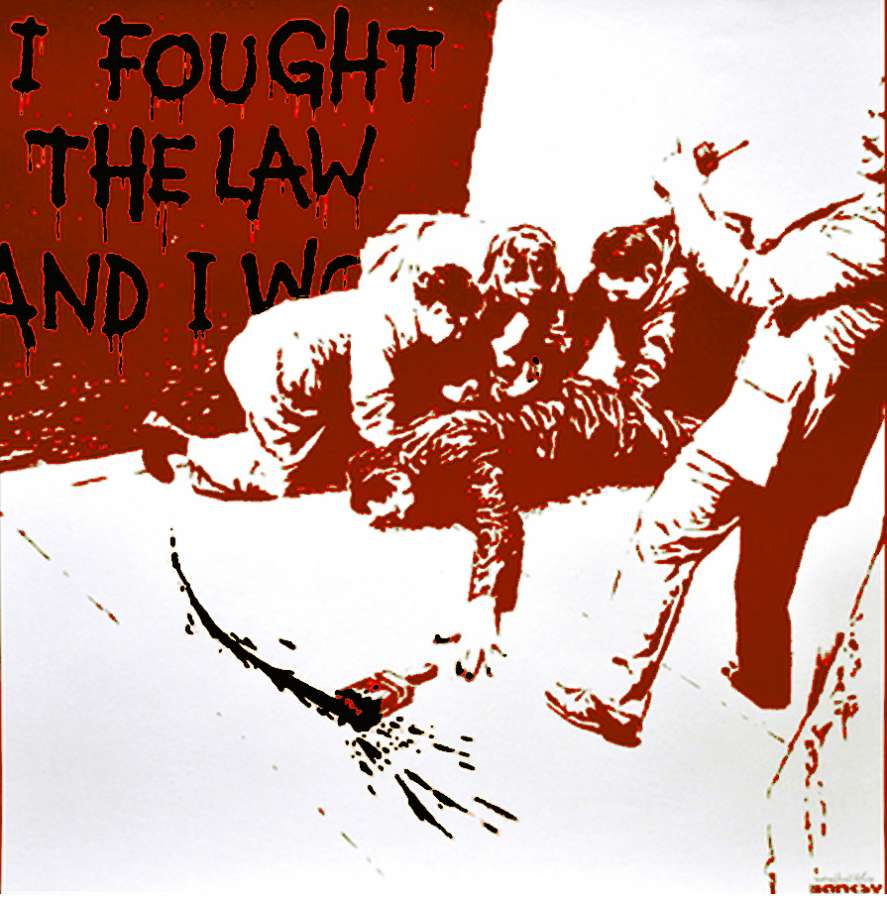 Banksy created the street art print I Fought the Law in 2004. The limited edition print run is comprised of 500 unsigned pieces and 150 signed pieces, all in black and white with an orange colorway for the writing in the picture. Banksy also created 32 Artist Proofs, with 8 APs in each of 4 colors: pink, yellow, red, and re-orange (no black). 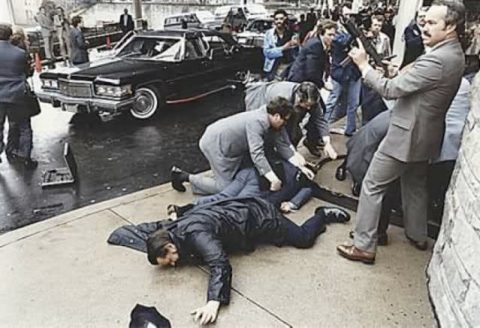 Seen here is a still life image of members of President Reagan private security detail tackling John Hinkley. This is the source video still image Banksy used for I Fought the Law.

I Fought The Law is a humorous anti-authoritarian artwork at first glance, but reveals more nuanced complexity with continued viewing. The print title and graffiti text in the image reference the Clash song of the same name and is one of two Clash-related references Banksy has used throughout his career; the other being the street art graffiti of a punk smashing an office chair (a reference to the seminal Clash album ‘London Calling.’ 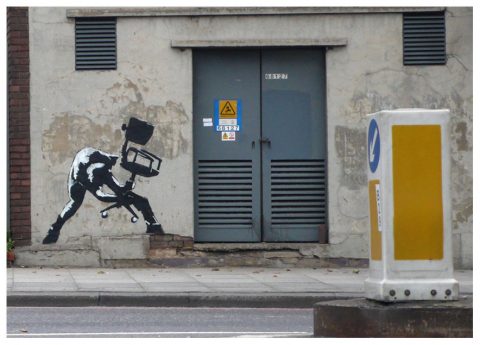 The figures in this Banksy artwork for sale are derived from video footage of John Hinkley’s assassination attempt on U.S. President Ronald Regan on March 30th, 1981. John Hinkley was a delusional schizophrenic who was convinced that actress Jodi Foster would be impressed if he assassinated the President outside of the Hilton Hotel in Washington D.C. Hinkley fired a total of five rounds, and there were no casualties.

The themes explored in this Banksy print resemble those of his later work, Choose Your Weapon. The man on the ground lays wounded, surrounded by armed CIA members. The figure on the ground lays in stark contrast: his weapon is not a firearm, but a paintbrush. Banksy has said previously that a wall is ‘the largest and most effective weapon a person can use.’ Clearly, his words and his freedom are perceived as a threat.

If you would like to sell your Banksy art, I Fought The Law is a highly sought after and well-loved graffiti art print by Banksy. If you would like to buy Banksy’s I Fought The Law, it is an iconic and meaningful work that is classic for a Banksy collection. Hexagon Gallery is the leader for Banksy art sales in the United States. To sell or buy Banksy art, please contact info@hexagongallery.com.