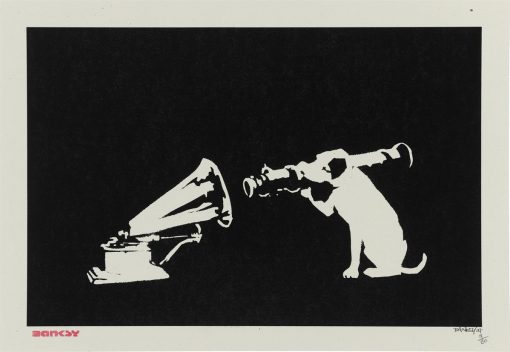 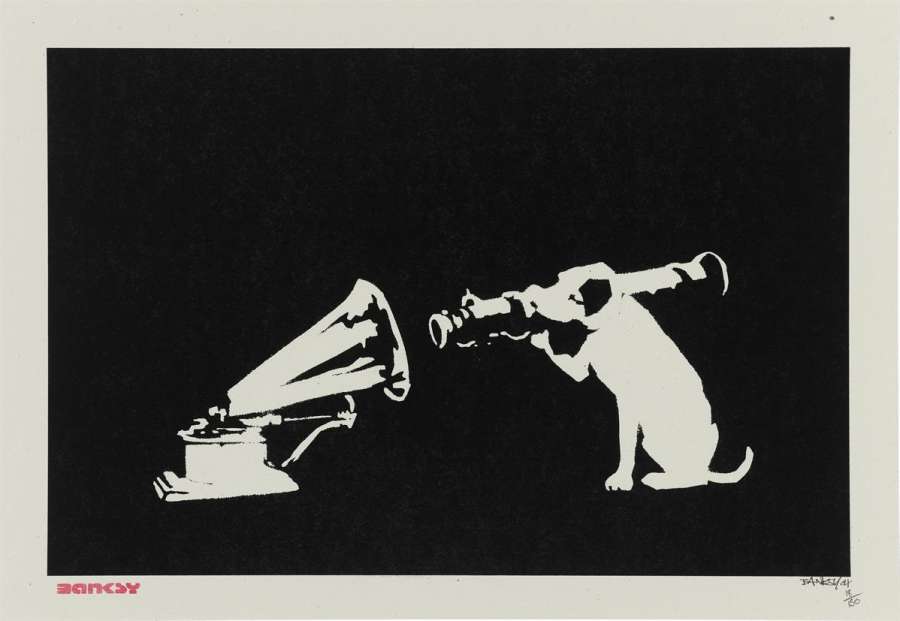 Banksy’s, His Master’s Voice or HMV as it is also known, is a print which appropriates the brand icon of a music and entertainment company of the same name. HMV was founded in Britain in the 1920s as a result of the creation and popularity of the wind up gramophone.  Banksy joking places a bazooka on the dogs shoulder, holding it point blank at the (now) archaic player. The print first appeared as a painting in the early 2000s in different sizes and background colors and was later released in print format.

There is room for a number of interpretations with this Banksy print. One could be that Banksy is taking a jab at old and outdated ways of thinking and accumulating experiencing. Another interpretation could be about the tension and differences between today’s aging populace and the young. Banksy has provided album artwork for several bands over the years and so he may be commenting on the losing battle of music retailers in the digital era.

If you would like to sell your Banksy art, Banksy’s HMV is a sought after print by collectors everywhere and we can help you with placing this into another collection. Hexagon Gallery is the leader for Banksy art sales in the United States. To sell or buy Banksy art, please contact info@hexagongallery.com.