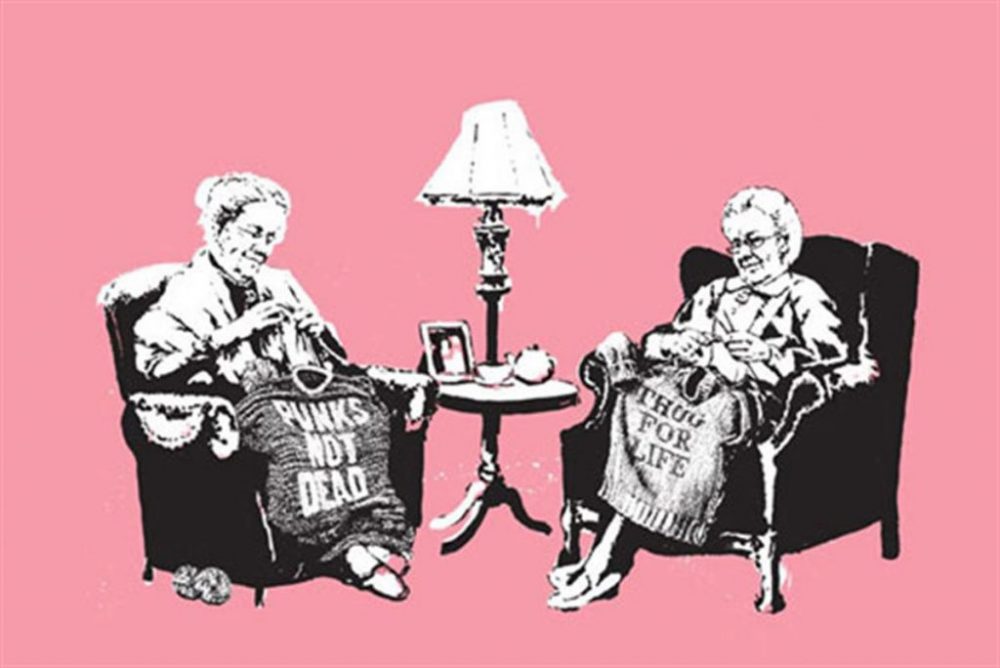 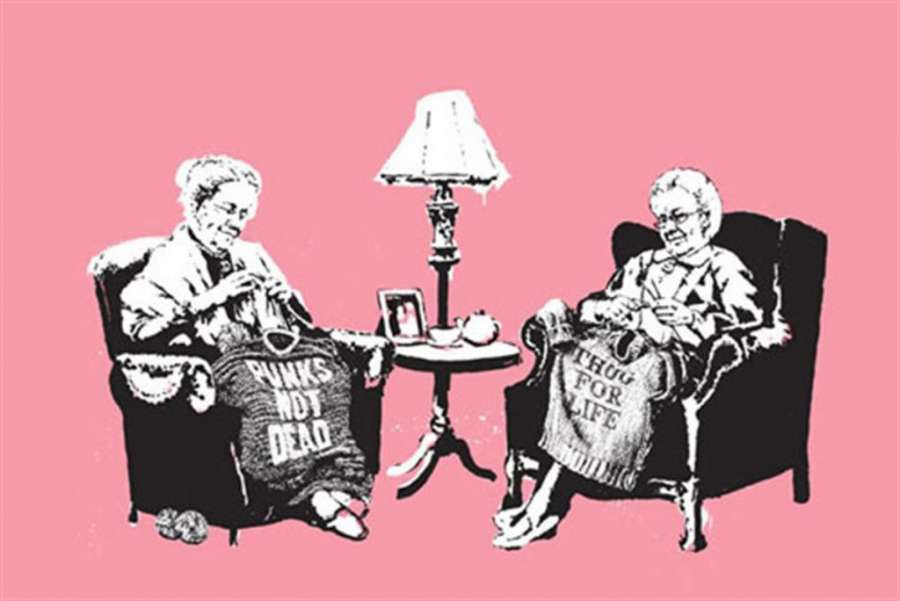 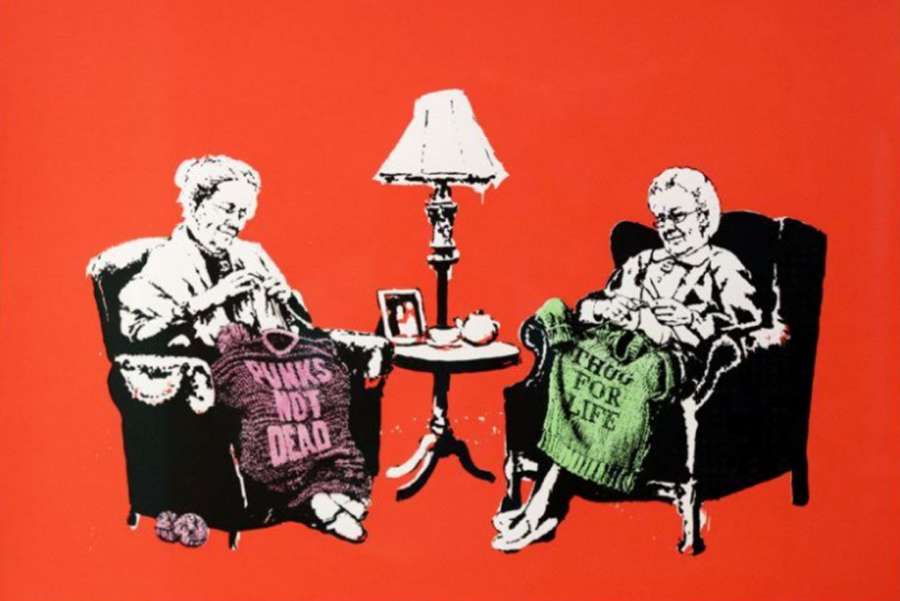 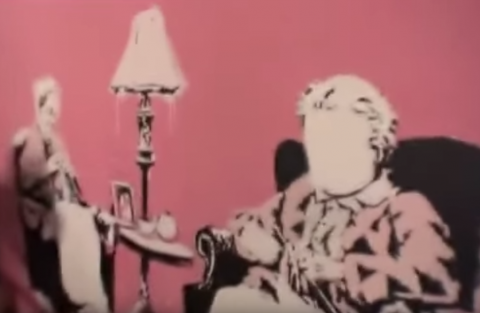 Banksy’s Grannies original painting on canvas for his Barely Legal show is seen here as a work in progress. This photo was taken from inside his studio.

Grannies is the most humorous urban art print in the Barely legal Print Set. The image, set on a Pepto-Bismol pink background, shows two friendly-looking grandmothers knitting in their armchairs. Both are knitting sweaters, but the words woven in are surprisingly subversive for grannies. One of Banksy’s grandmothers knits a sweater with the slogan “PUNKS NOT DEAD” on its chest. The other grandmother knits a sweater with the words “Thug For Life” emblazoned across the front. Both grannies have a look of knowing satisfaction on their face, as if they are secretly pleased to participate, however subtly, in a culture of pointed subversion. 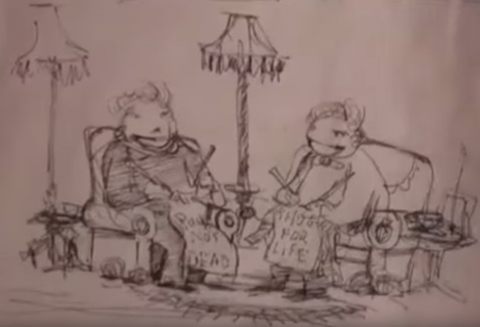 Banksy’s original proof of concept sketch for what would later be the Grannies print and Grannies painting for the Barely Legal exhibition. 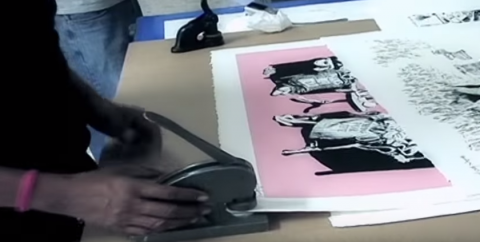