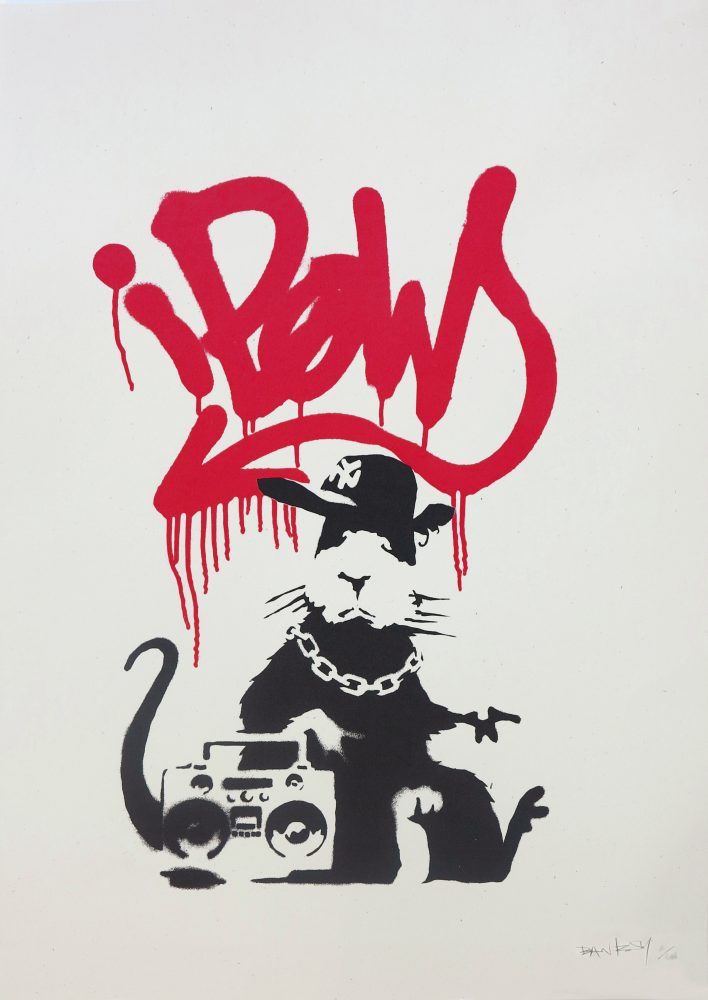 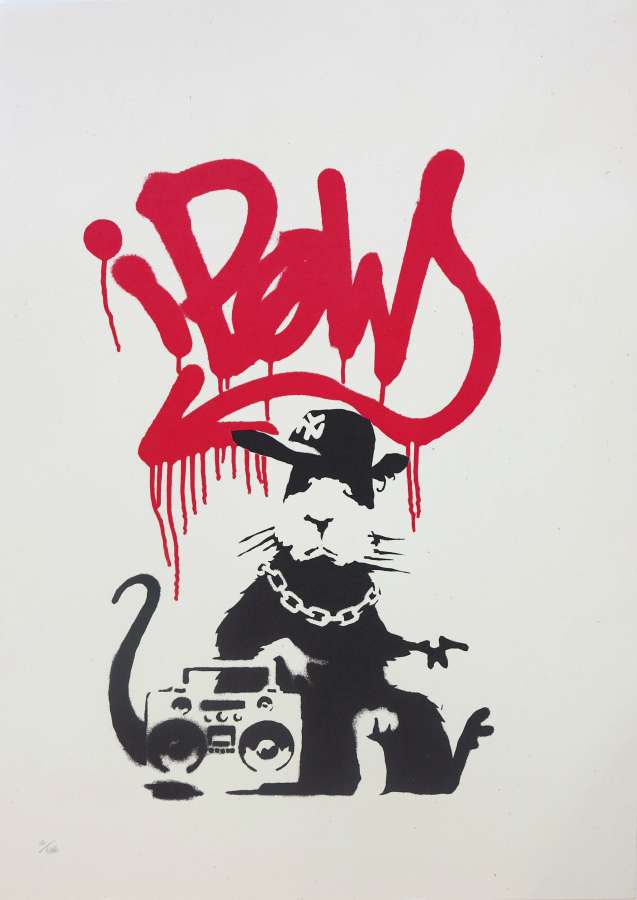 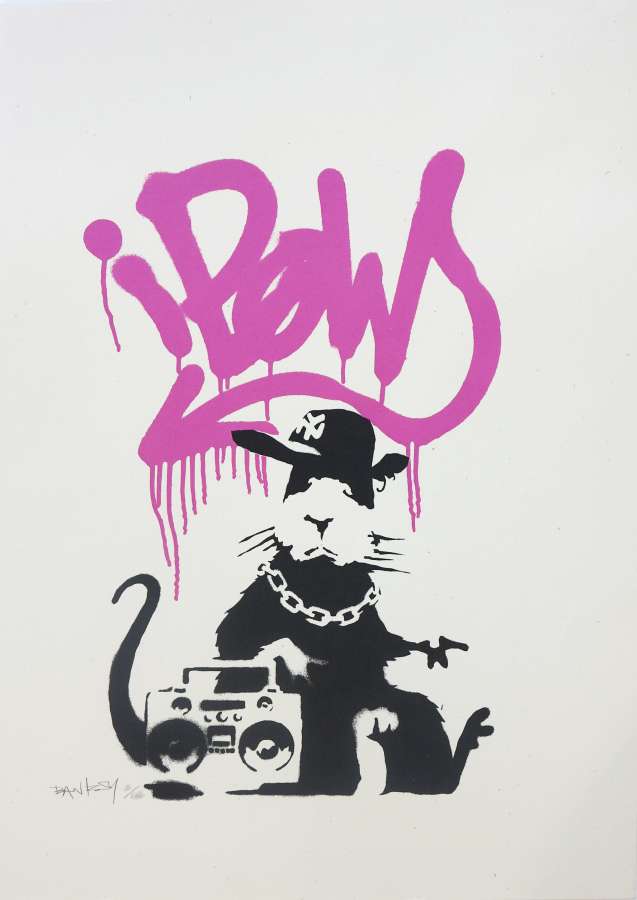 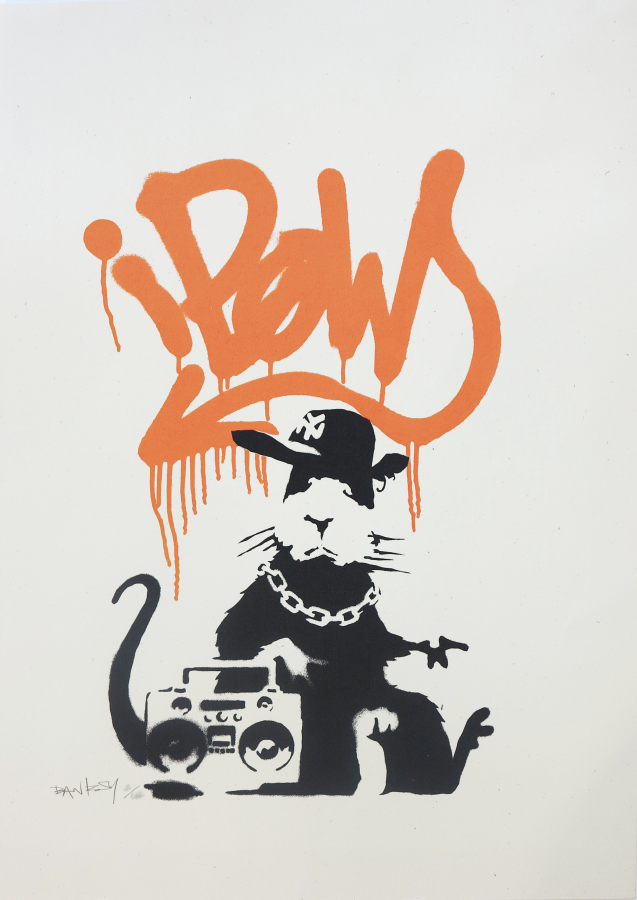 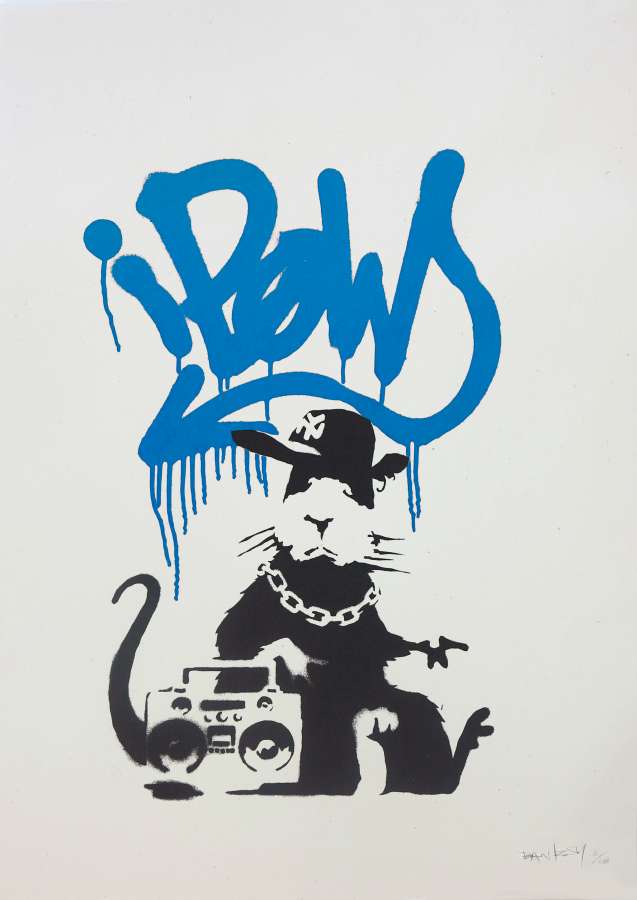 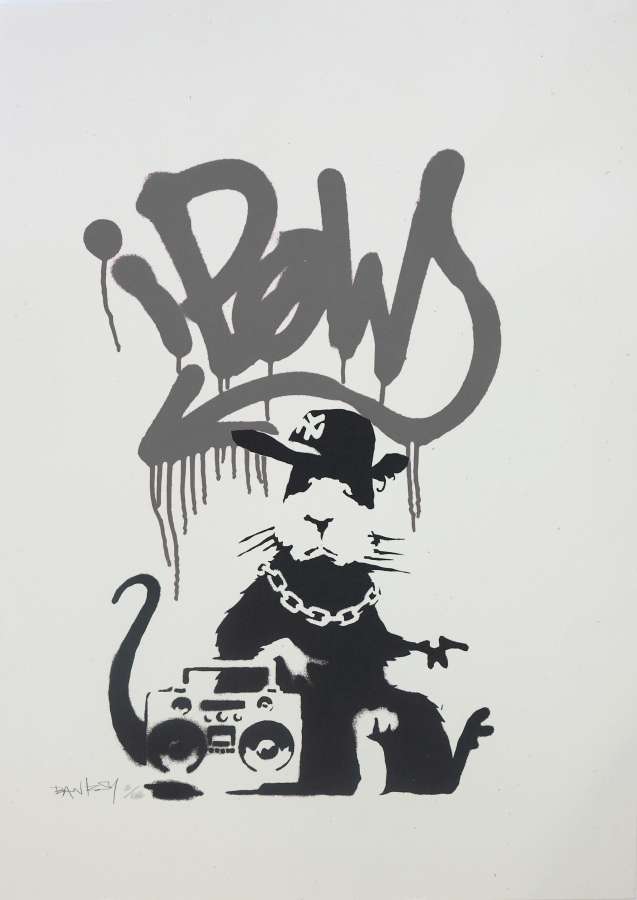 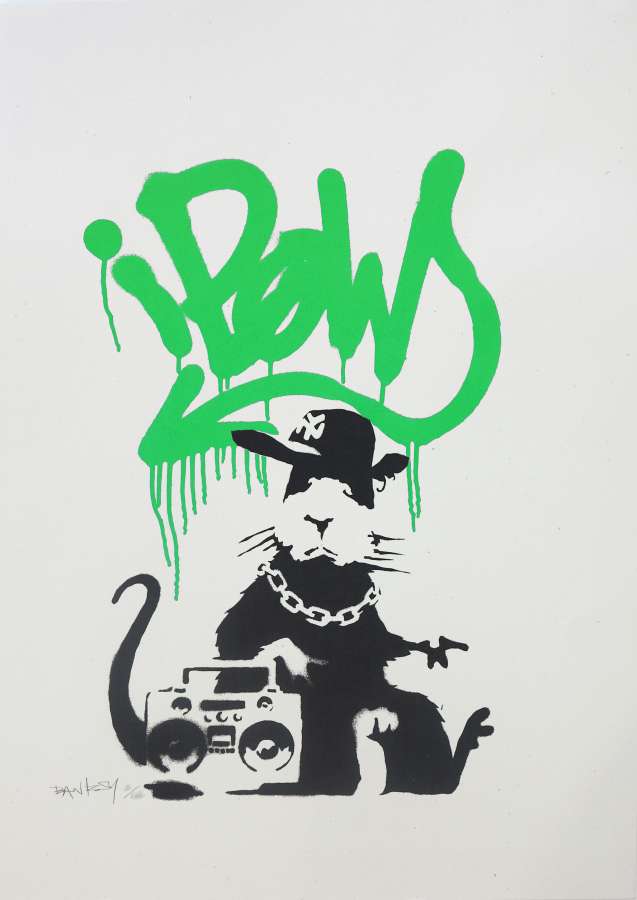 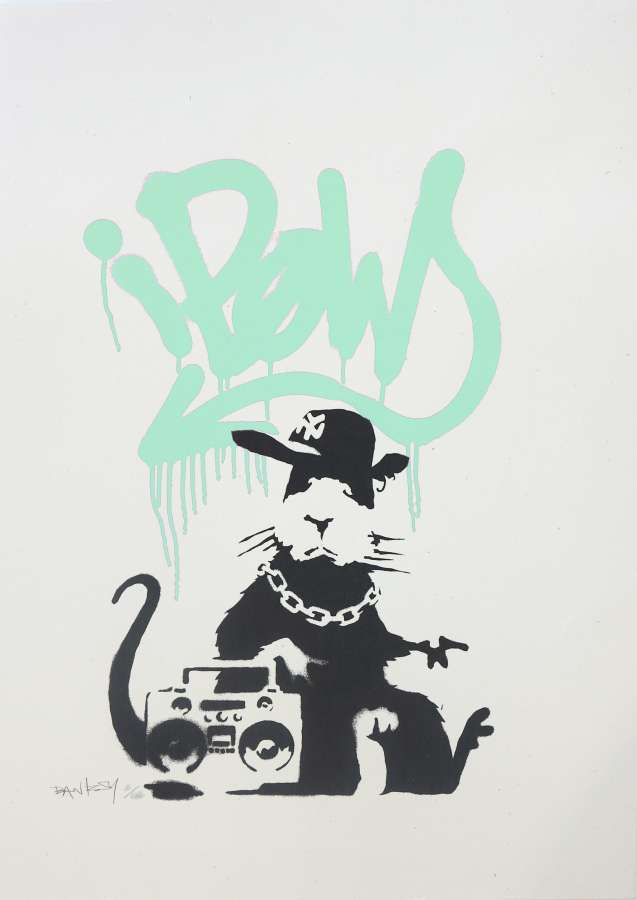 They exist without permission. They are hated, hunted and persecuted. They live in quiet desperation amongst the filth. And yet they are capable of bringing entire civilizations to their knees.” – Banksy, Wall and Piece.

Rats are one of Banksy’s most prolific subjects, and Gangsta Rat is a truly iconic Banksy artwork. The screen print first appeared in 2004 in the red colorway with a limited edition of 350 signed and unsigned pieces, and was re-released in 2005 in an edition of 500. Banksy also created rare colorways of Gangsta Rat (Pink) in an edition of 64 and Gangsta Rat (Green) in an edition of 20 in 2004, and released a special VIP collector set at Dismaland in 2015. Banksy has reproduced Gangsta Rat as graffiti art in the streets and on canvas, and urban art lovers all over the world have imprinted the image on coffee mugs, t-shirts, posters, and their bodies. 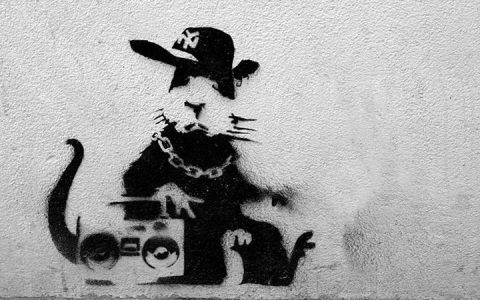 Banksy’s Gangsta Rat is seen here in situ from his New York residency, Better Out Than In.

Rats are iconic in Banksy street art prints because they are emblematic of street art itself. Banksy rats reference the so-called father of stencil graffiti,” Blek Le Rat. This French stencil artist, who made his name in the 1980s, was similarly fond of rats as subjects because of their massive, if negatively perceived, impact on populations.

Banksy’s Gangsta Rat is shown sitting down next to a large, portable “boom-box” stereo. He is wearing a working-class New York City uniform of a heavy chain medallion necklace and a NY Mets baseball cap. Scrawled above the rat in traditional graffiti writing are the letters “P O W,” a reference to Banksy’s print publisher Pictures On Walls. His expression is one of surprise — as if he is equally as startled by the viewer’s expression as we are of his own.