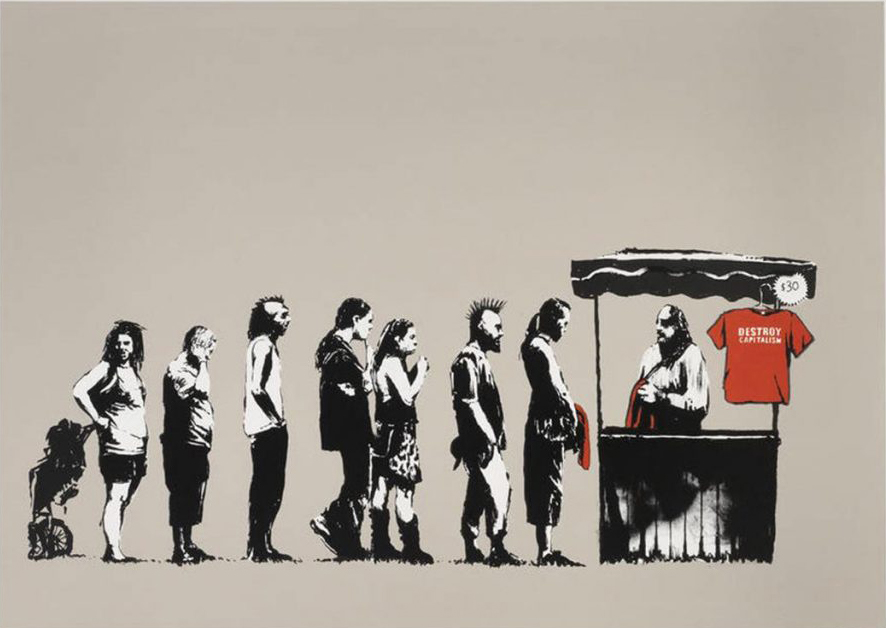 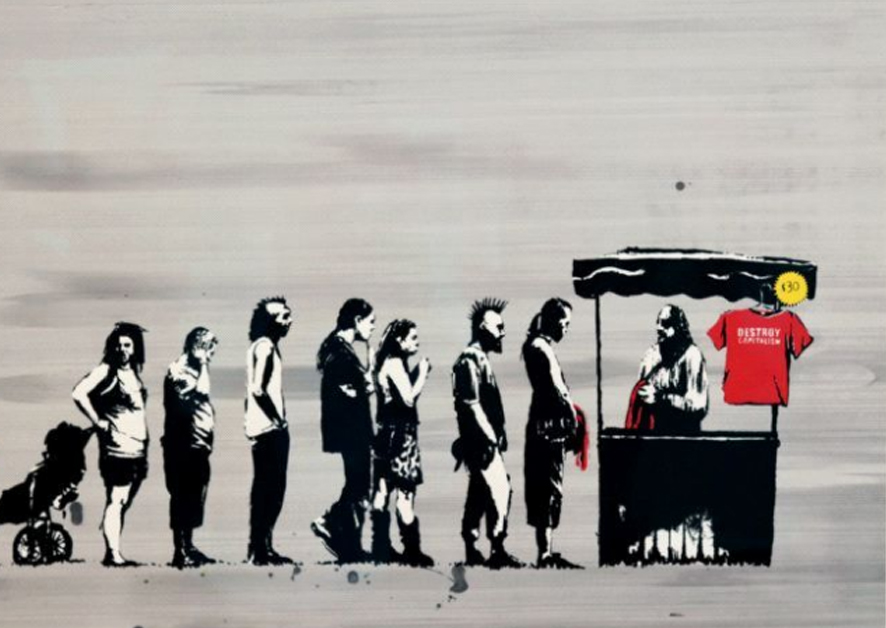 The Bansky artwork Destroy Capitalism is one of the most darkly humorous screen prints created by the street artist. In the image, individuals form a queue to a merchandise booth, presumably at a music festival. The people in the queue are those who most people would consider to be “anti-capitalists” — punks, hippies, freegans, leftist university students. The irony here is that the t-shirt they are all queueing up to buy reads “Destroy Capitalism” — a slogan that has been neatly commercialized to fit the consumer trends of this audience. 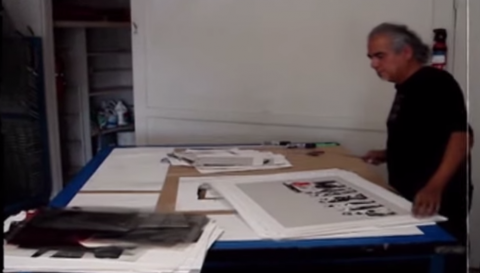 Richard Duardo, master printer of Modern Multiples is seen here destroying screen matrices and final unreleased copies of the Festival print as a matter of protocol.

This irony reached hilarious proportions in 2013 when Walmart, the largest retail employer in the world and the very picture of capitalist ideals, sold a series of Banksy Destroy Capitalism posters to consumers — at a markup, of course. Banksy is said have remarked, “People who enjoy waving flags don’t deserve to have one.” Let your freak flag fly, eh?