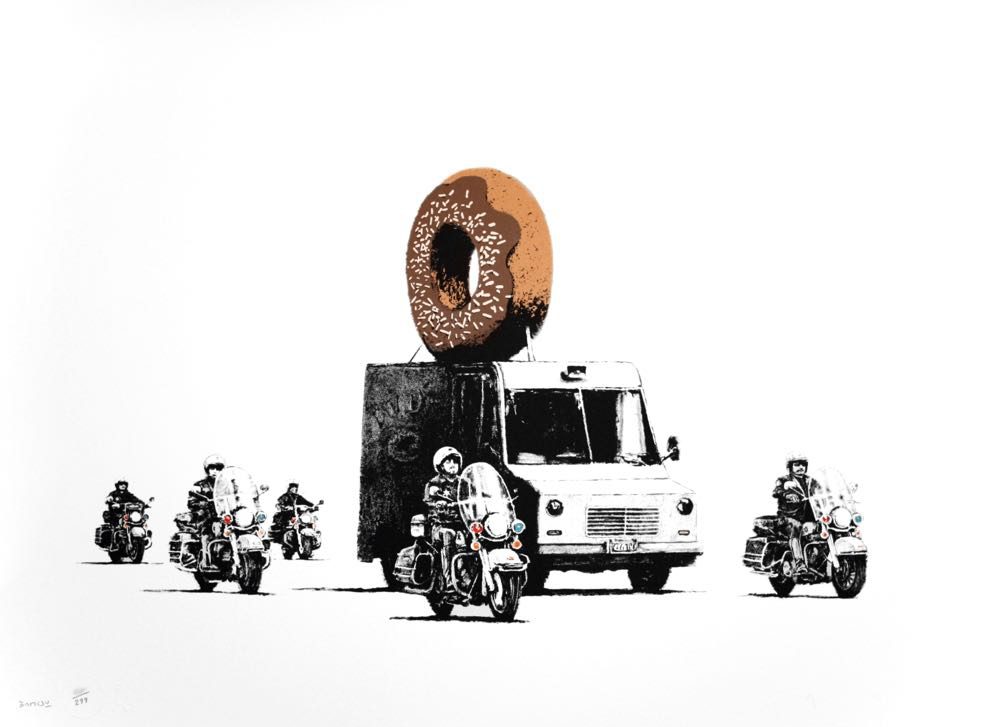 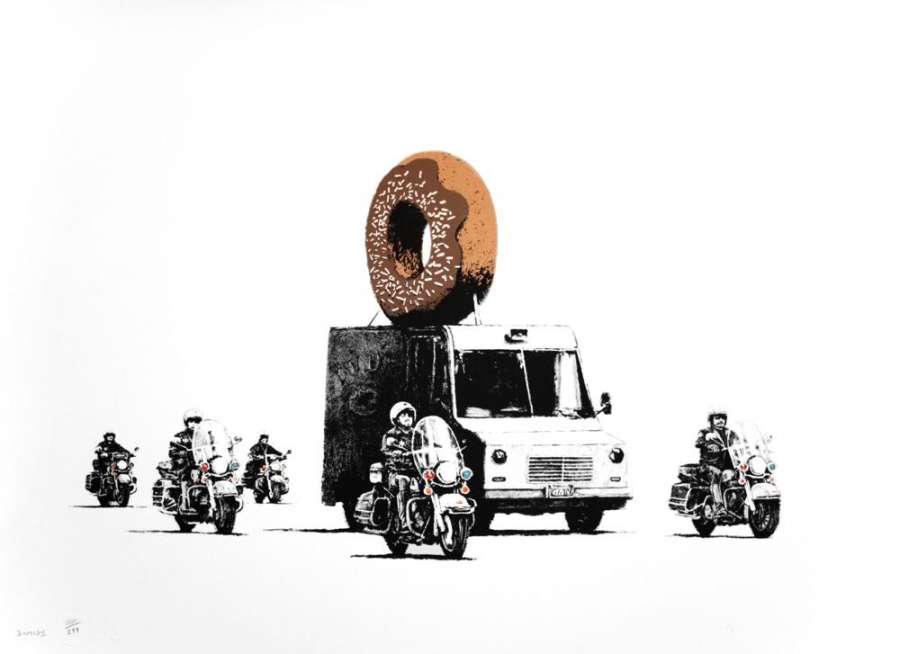 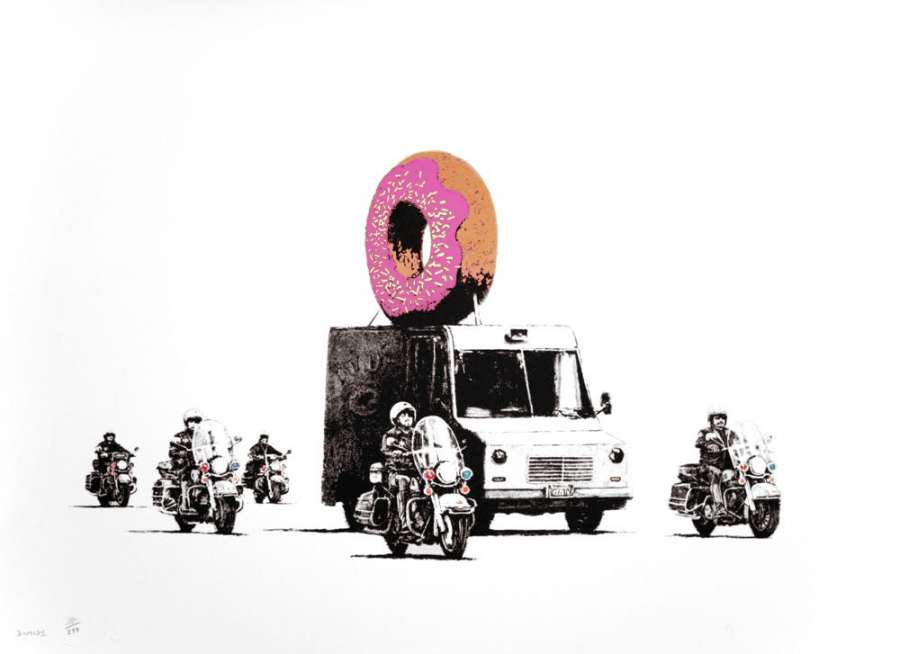 Banksy’s Donut Police first appeared in 2009 on a canvas in the pink (often called ‘strawberry’) colorway. It is an unusual Banksy artwork because it was never originally a public street art piece. It was printed in a limited edition of 299 signed strawberry donut screen prints and 299 signed chocolate donut screen prints. Donut Police is considered to be one of Banksy’s lighter-hearted and accessible artworks for sale, although one can ascribe some incendiary satire to the work if looked at through the lens of Banksy’s common themes of anti-capitalism and corrupt militarism.

Donut Police is a stencil artwork showing five policemen riding motorcycles in a convoy formation, protecting a delivery truck with an impossibly large donut perched on its edge on the roof of the truck. Despite the general ridiculousness of the situation, the policemen are unperturbed and look straight ahead with an expression of “duty-as-usual” written across each of their faces (figuratively in this instance). Everything in the print is simple black and white except the donut, which is printed in full color. The chocolate donut has chocolate sprinkles, but the strawberry donut has rainbow sprinkles, making this print slightly more complex to create (which explains the reason for its premium pricing).

Donut Police is commonly associated with an American anecdote about cops being lazy. The archetypal ‘lazy cop” sits at his desk, in his police car, or in a cafe with a donut and a cheap cup of coffee at any hour, trying to stay awake until his shift ends. So popular is this anecdote that it seems plausible, if ridiculous, for cops to guard the sanctity of their favorite hobby.

An alternative explantation that goes beyond the humor in the work suggests that a donut is a commodity, and symbolizes its role as a darling of capitalism. The police in the image represent military personnel, and the image would seem to infer that American militarism makes protecting its capitalist commodities a top priority. Banksy is well-known for his dissent against the American government’s century-old habit of invading and controlling foreign countries under the presumption that it is the duty of the United States to save and civilize them, and also to ensure that the American ideal has the upper hand in potential disputes.

If you would like to sell your Banksy art, Donut Police is a funny, smart, and satirical limited edition urban art print that remains popular to have in a Banksy collection, with the Pink/Strawberry Donut colorway being most desirable. If you would like to buy Banksy’s Donut Police, the prints are rare enough that their value will continue to grow and command profits. Hexagon Gallery is the leader for Banksy art sales in the United States. To sell or buy Banksy art, please contact info@hexagongallery.com.