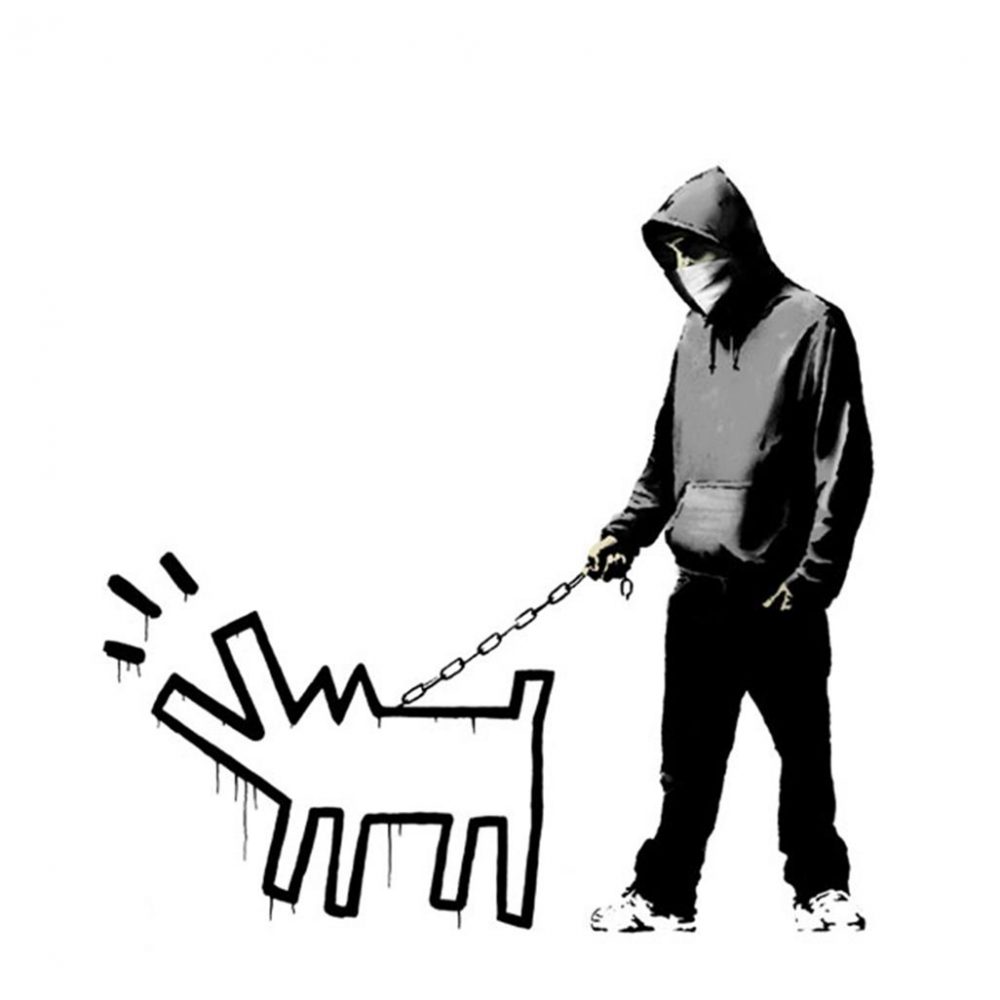 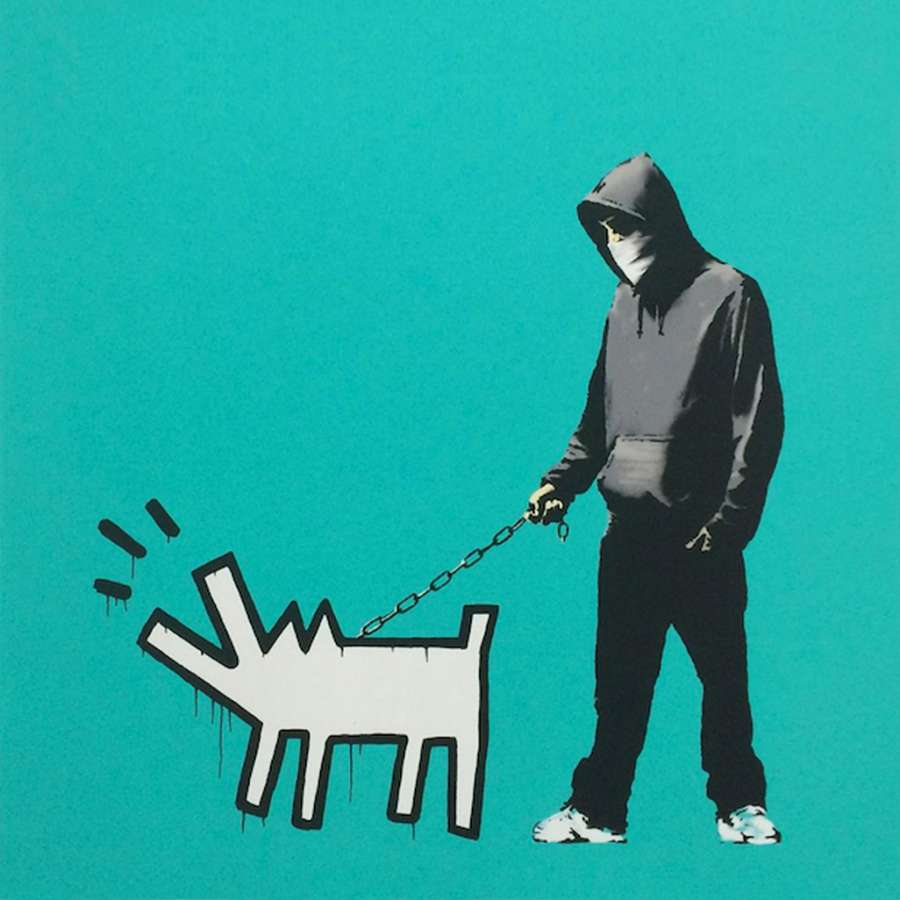 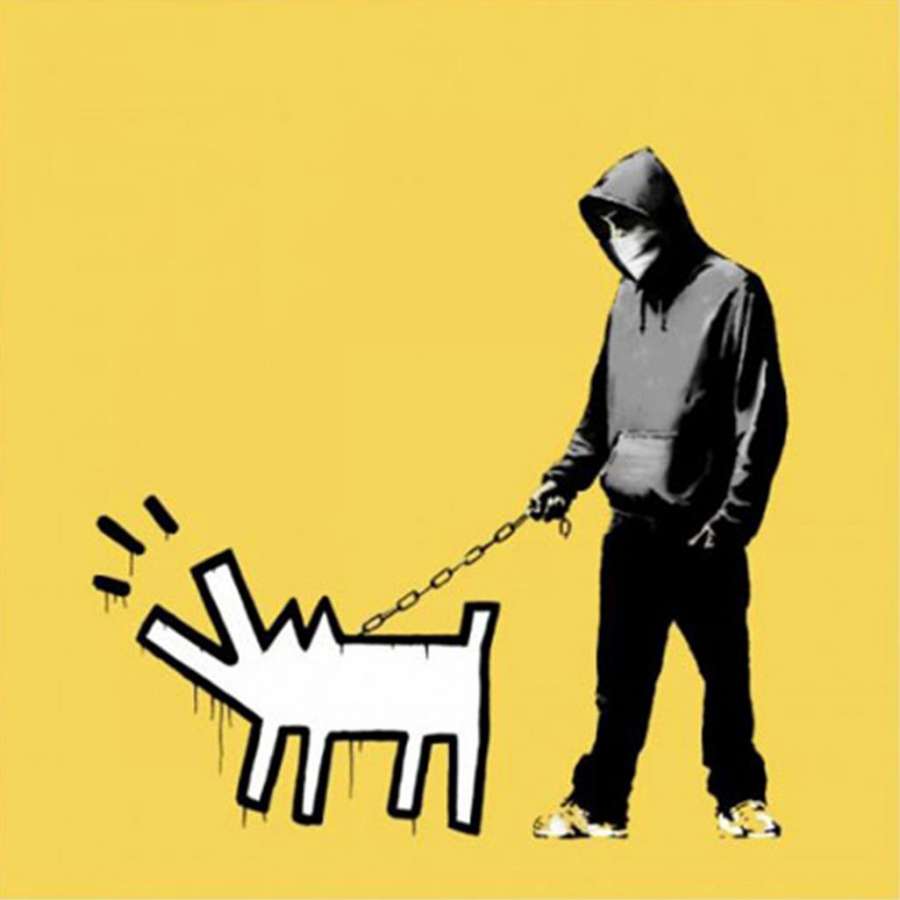 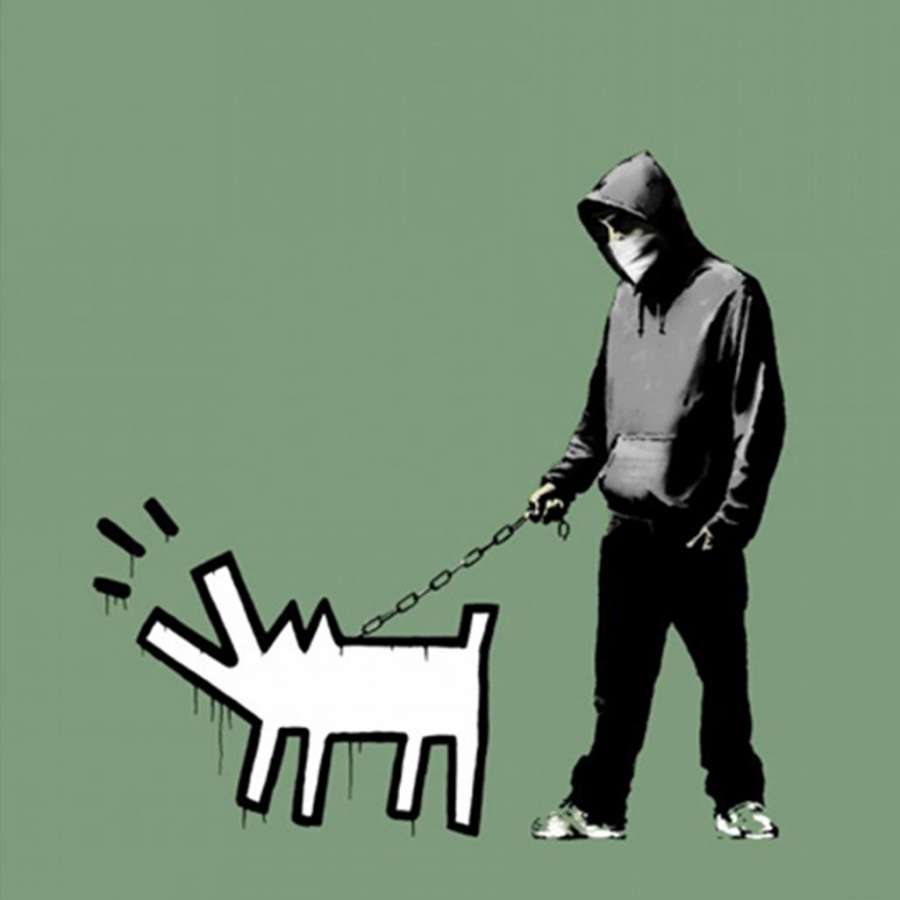 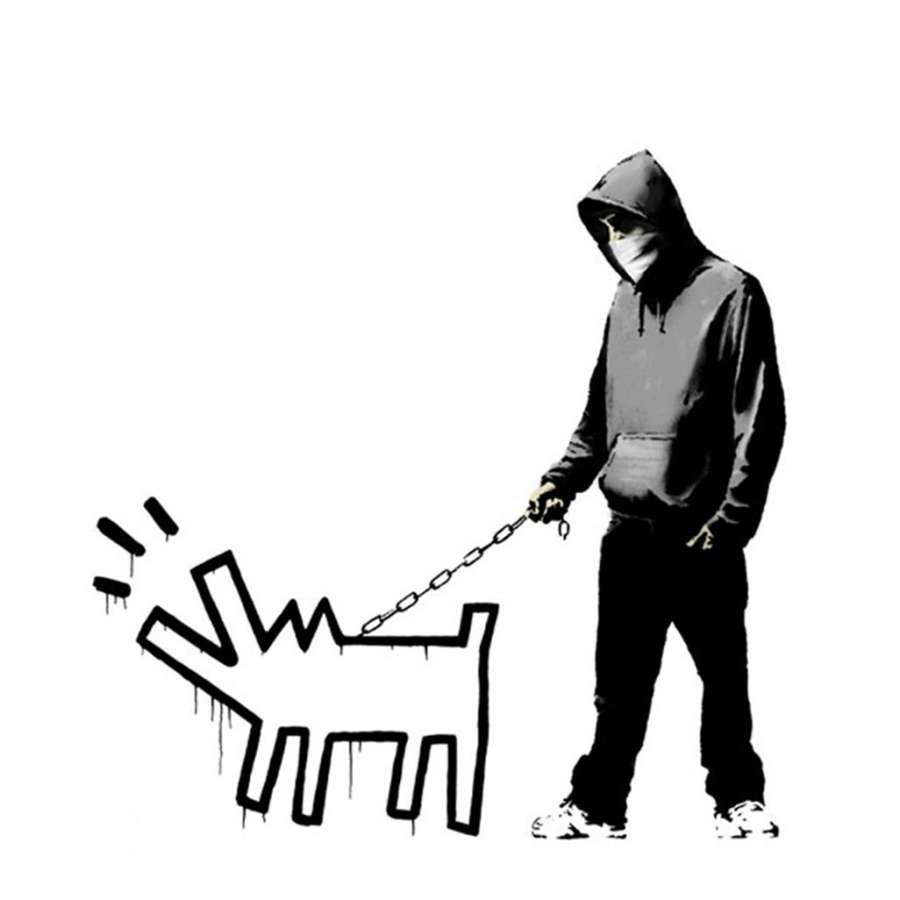 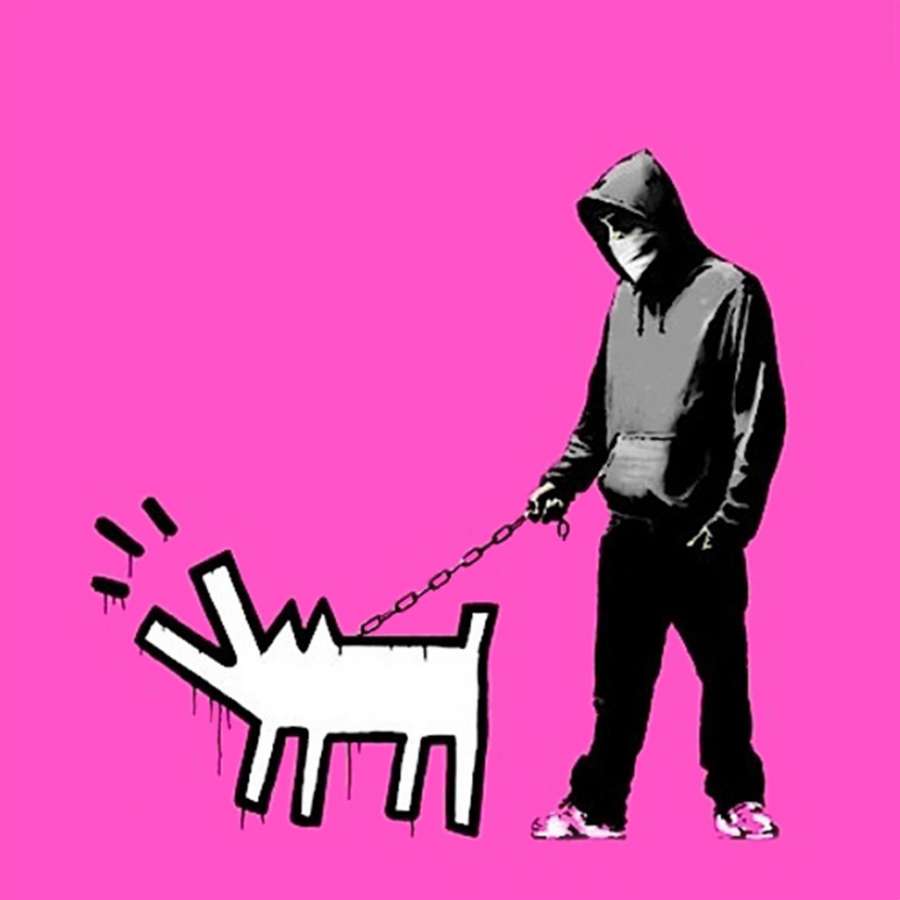 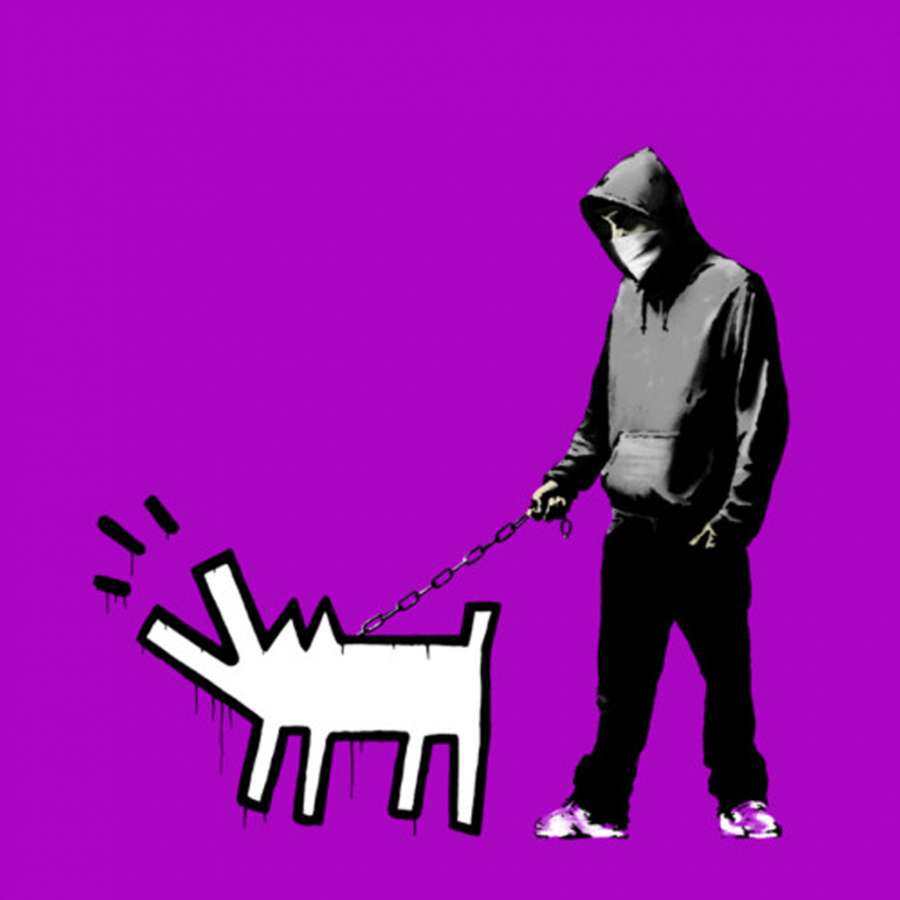 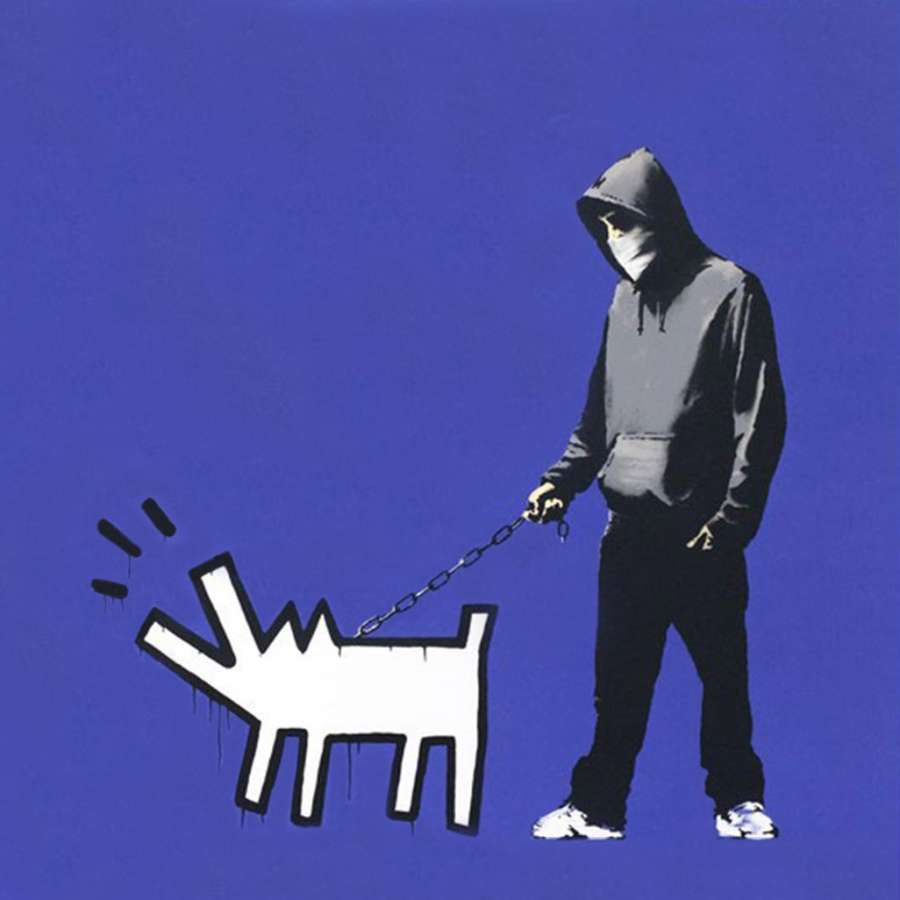 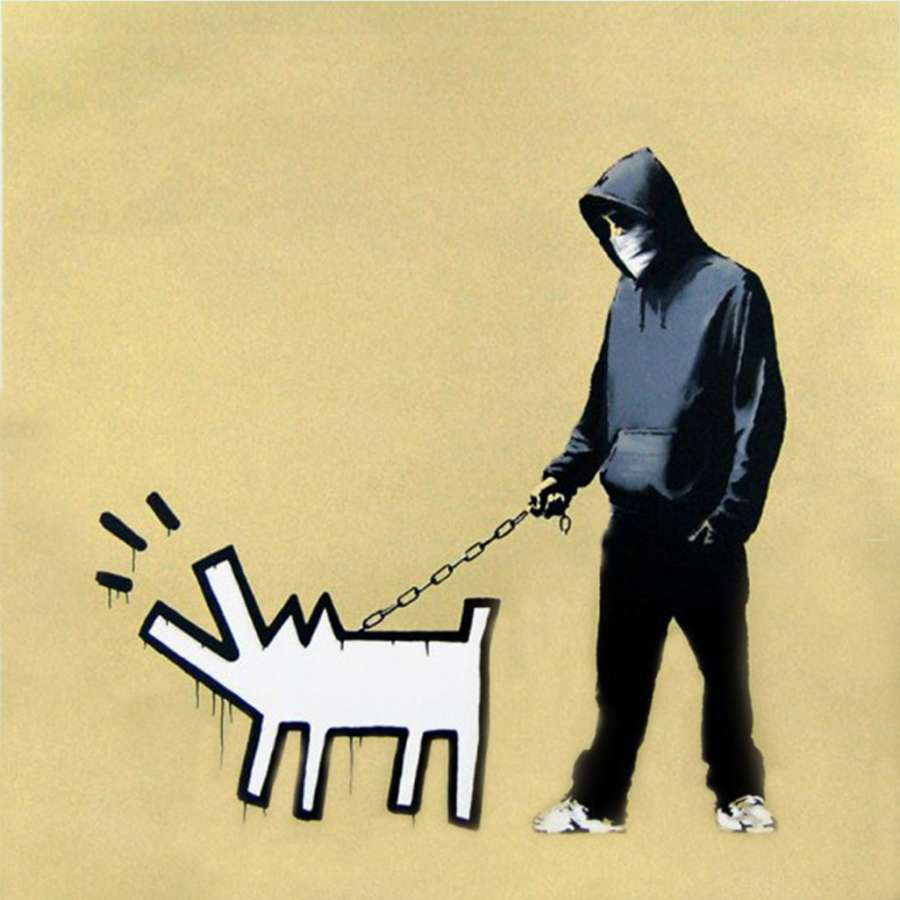 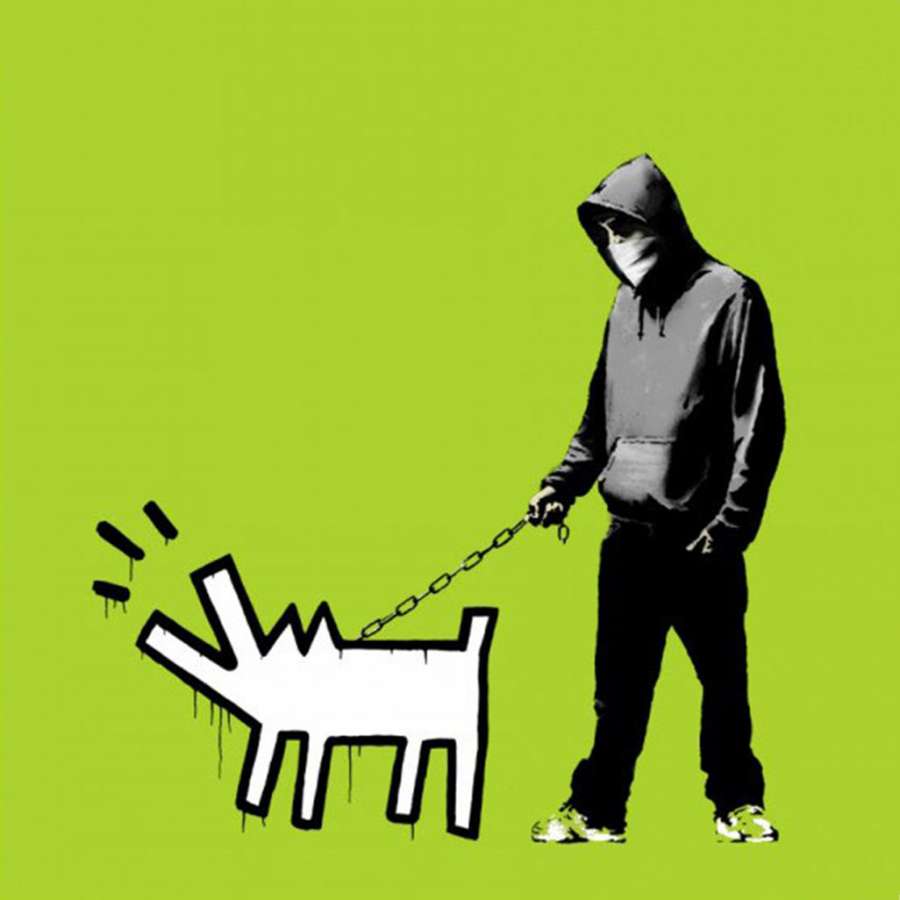 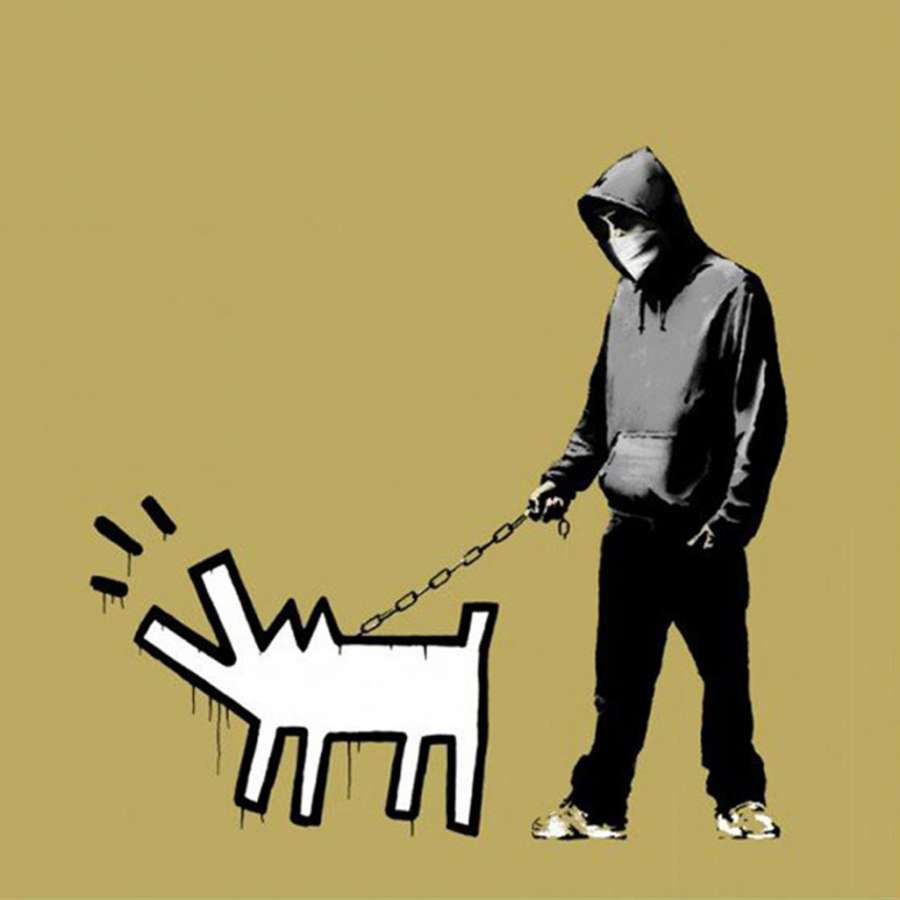 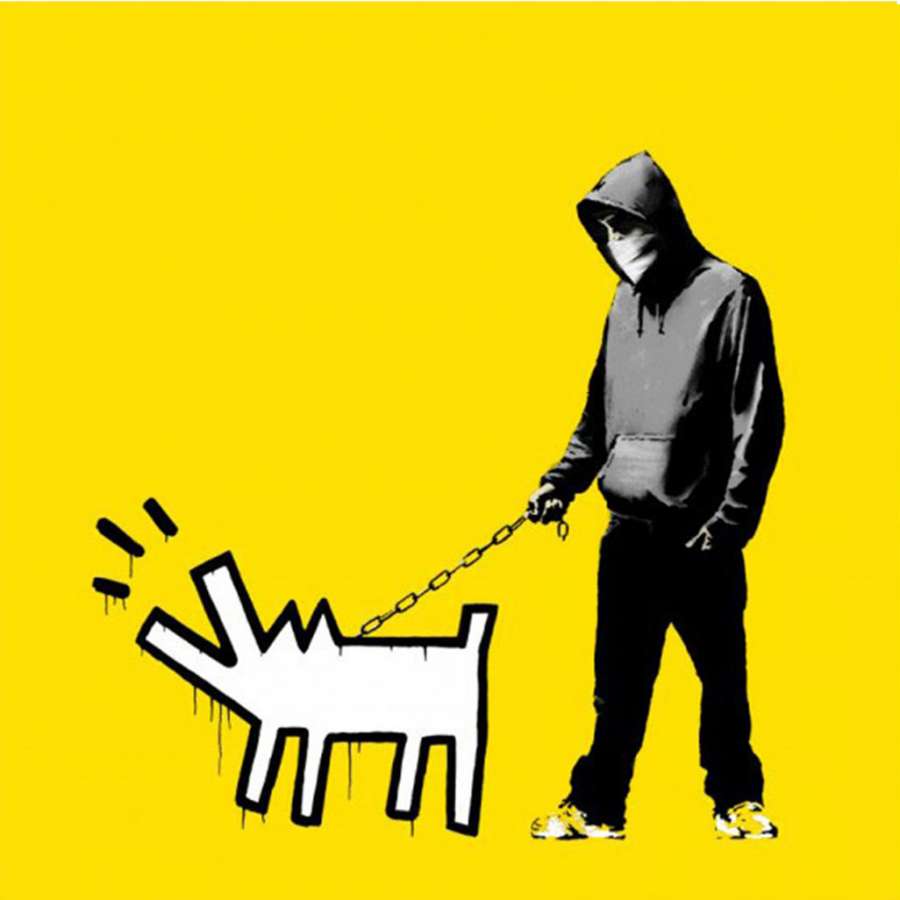 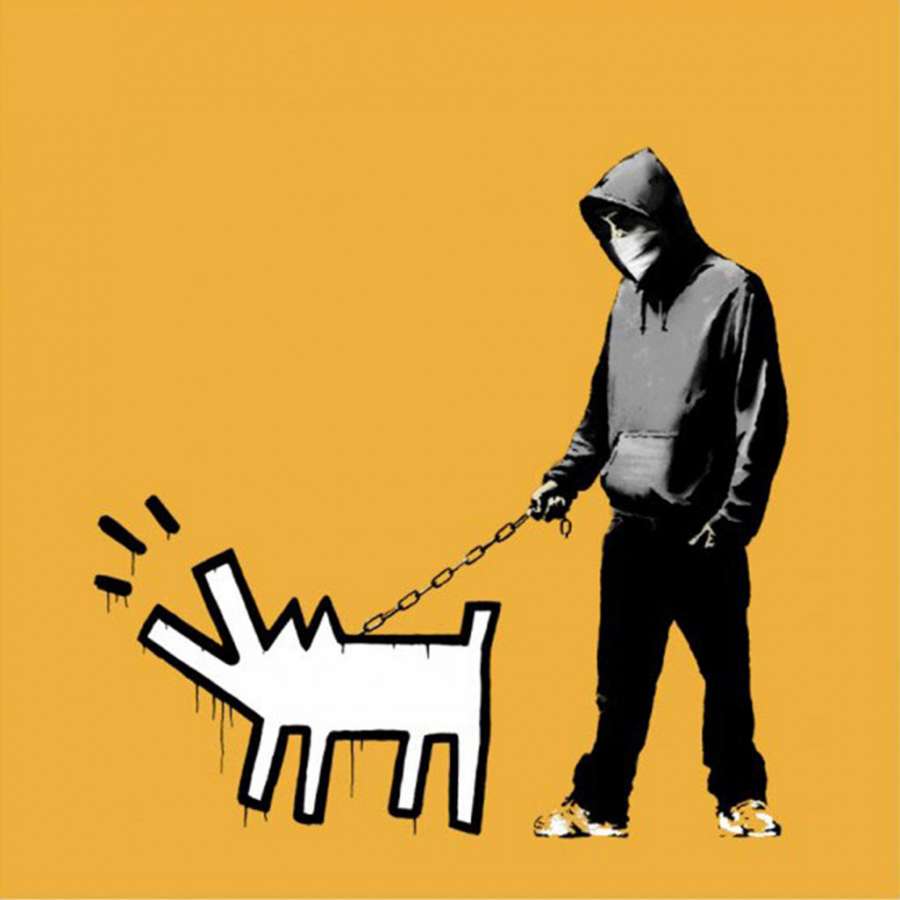 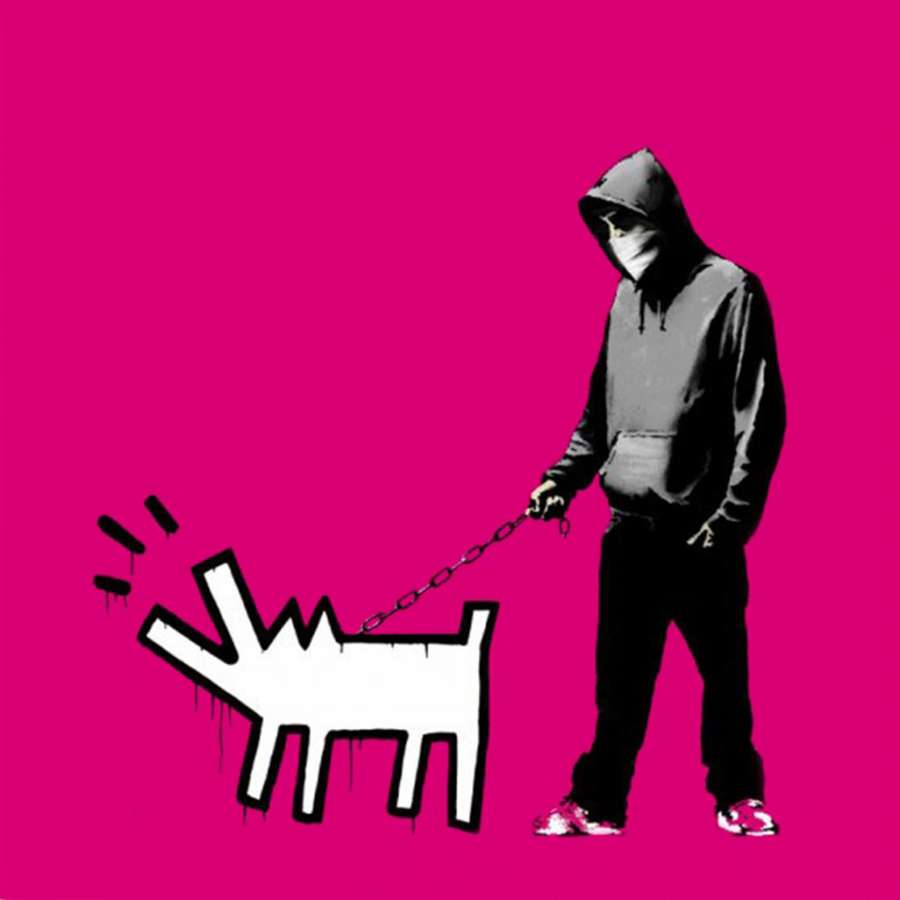 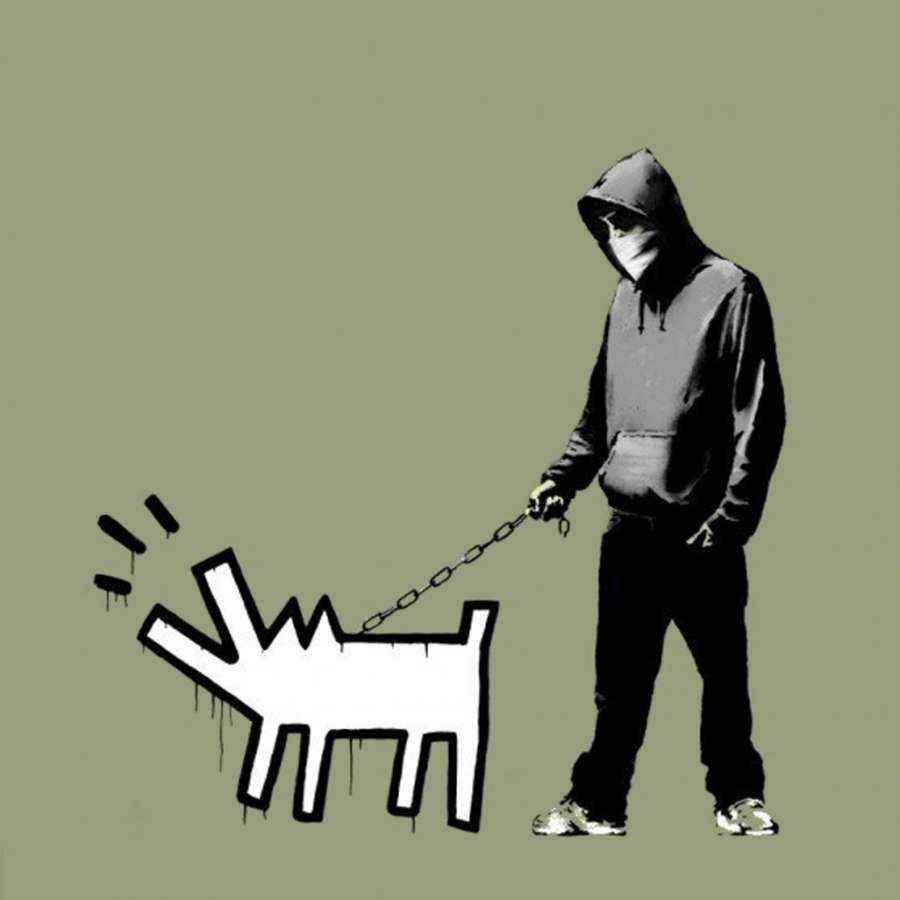 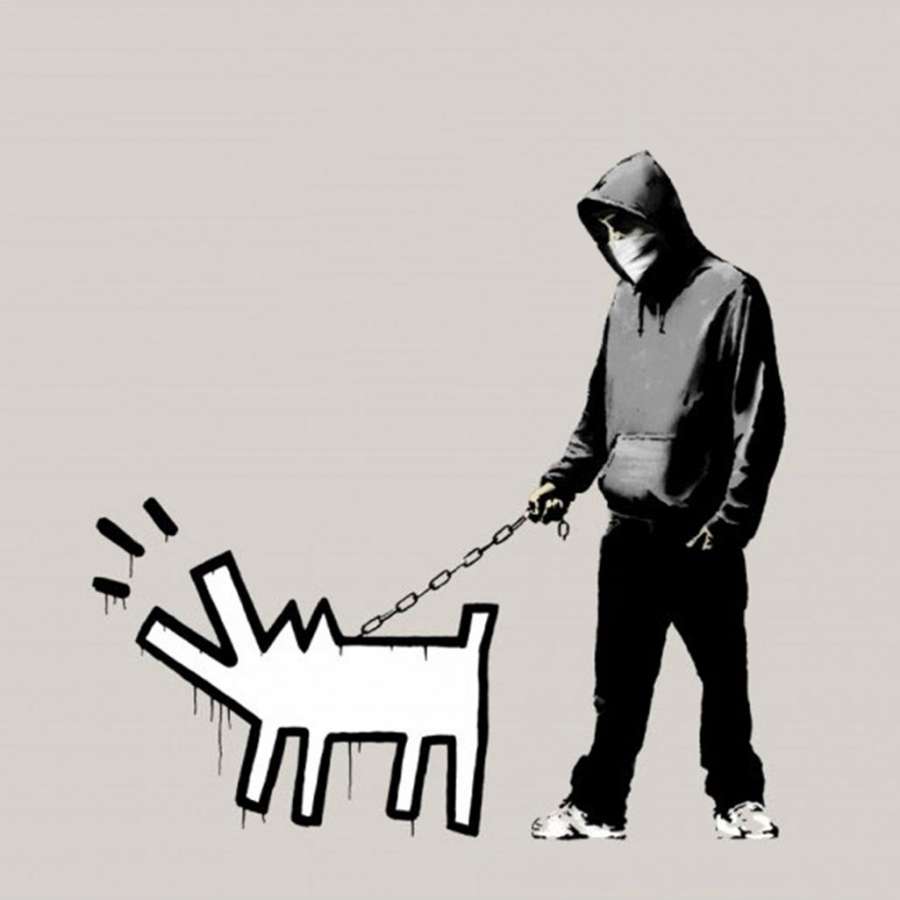 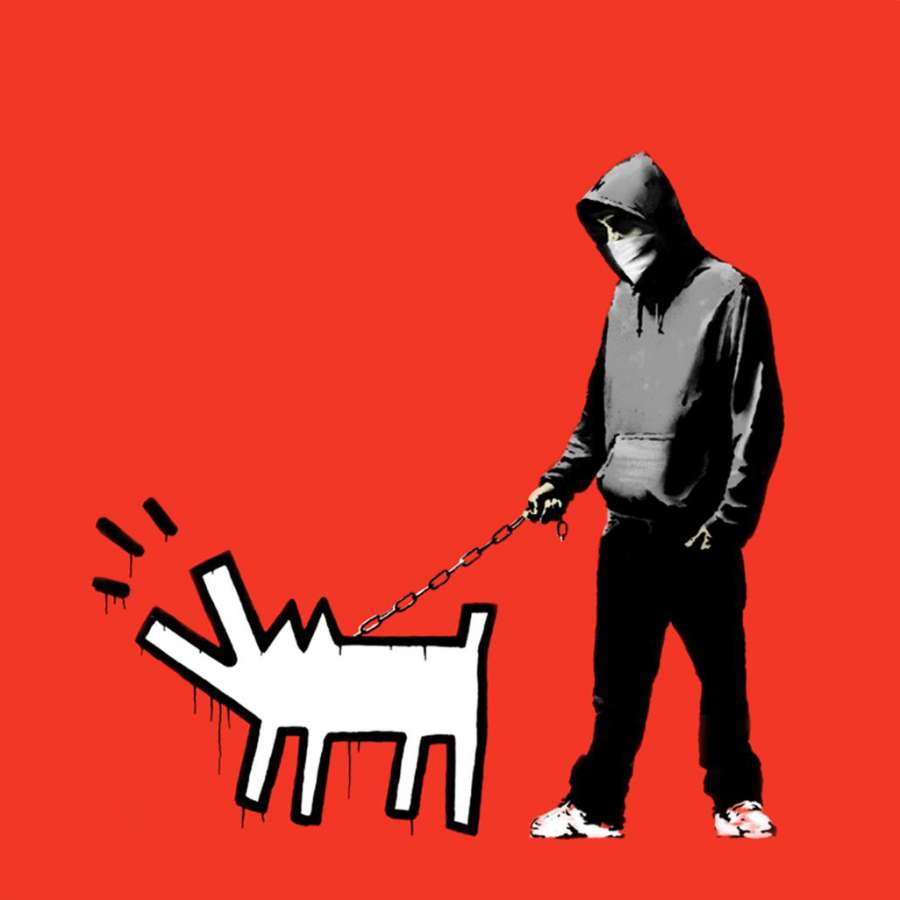 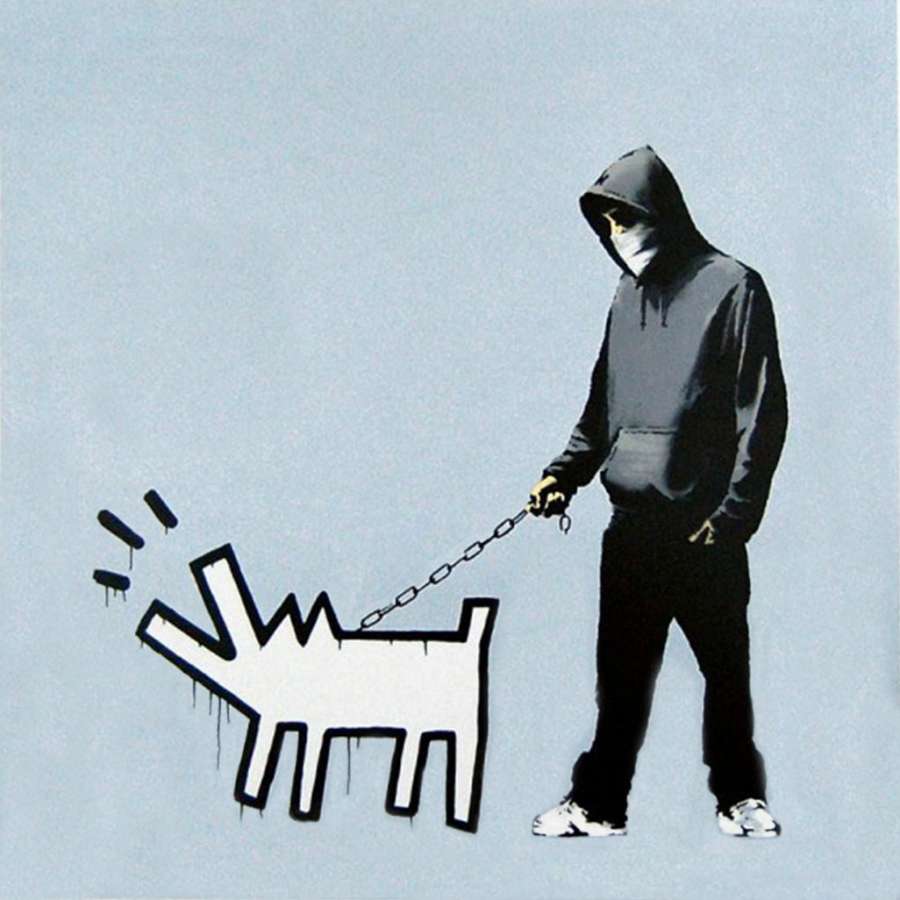 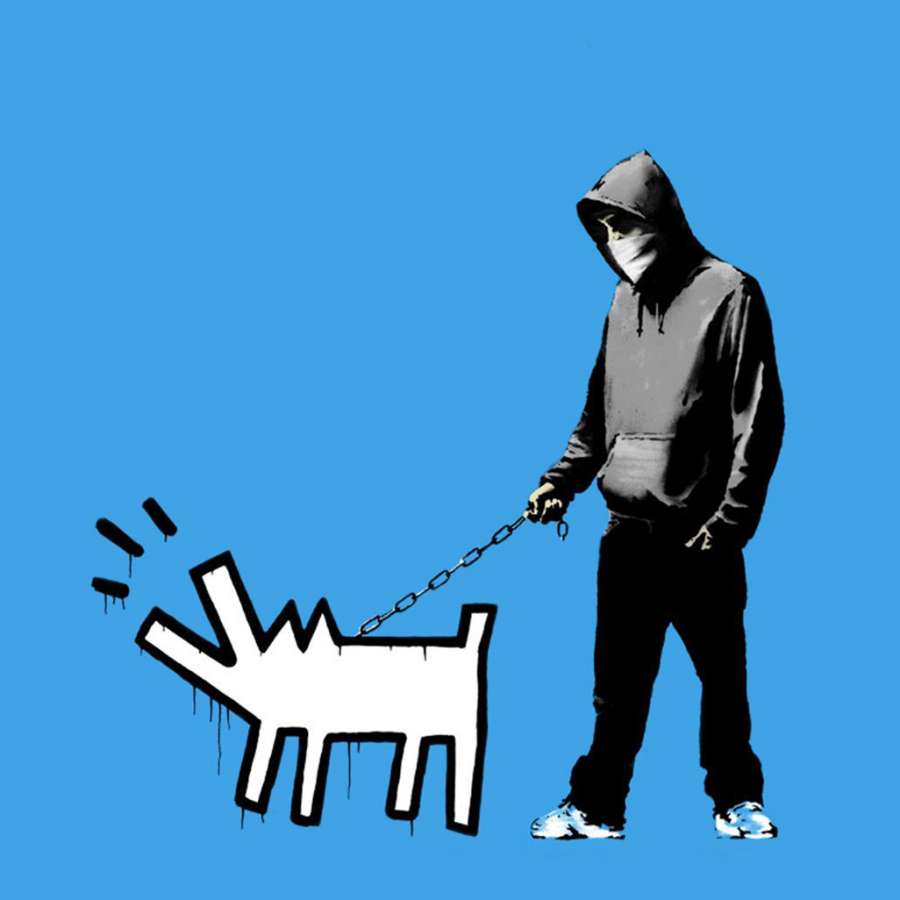 “A wall is a very big weapon. It’s one of the nastiest things you can hit someone with.”
― Banksy, Banging Your Head Against a Brick Wall

Banksy’s Choose Your Weapon was the last street art print to be publicly released by Banksy for sale. It was released on December 11, 2010 in London through two galleries with 19 different colorways in editions of 25 to 100. There was one set of 25 that was not sold through the galleries but that was sent directly to 25 lucky Banksy collectors. This Banksy print is sought-after because it marks the end of Banksy’s paintings and prints for sale to the public, and because it contains both timeless themes and cheeky humor.

WHAT’S YOUR WEAPON OF CHOICE? 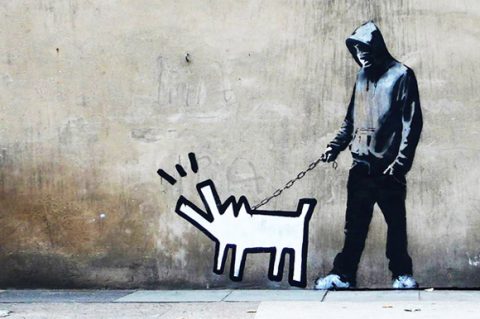 The Banksy image, Choose Your Weapon originally appeared in the Southern London district of Camberwell Southwark. Banksy executed this street art throw-up before it became his last publicly released print in 2010.

Similar to the anecdote, “the pen is mightier than the sword,” Choose Your Weapon is Banksy’s commentary about street art as a means of social justice. The image shows a young man dressed like a hoodlum — his baggy clothes obscure his frame, and the bandana over his face masks his identity. This disaffected youth has chosen a curious choice of weapon to fight the authority he rebels against — a dog painted in striking cartoon contrast to the realism of its owner.

The dog is directly lifted from a popular motif of the street artist Keith Haring, who was a pioneer of graffiti art in the streets of New York City during the 1980s. Haring’s social activism through art saturated American pop culture, and continues to impact millions of people today. Banksy’s appropriation of Haring’s dog indicates that street art is a worthwhile form of social commentary and a weapon that impacts people more effectively than senseless violence. 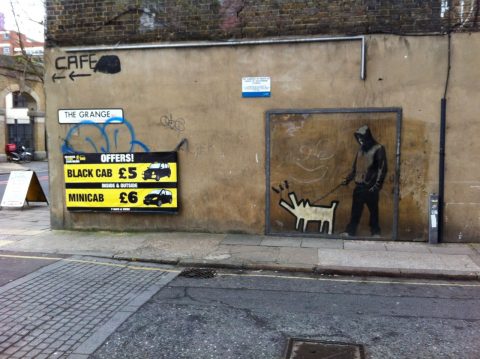 After the street piece was left, it was quickly covered in perspex glass to protect it from theft and defacement by other taggers and street artists.