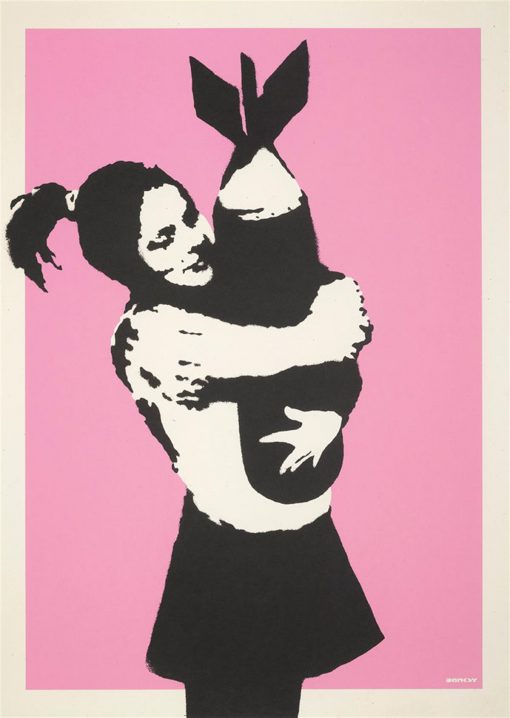 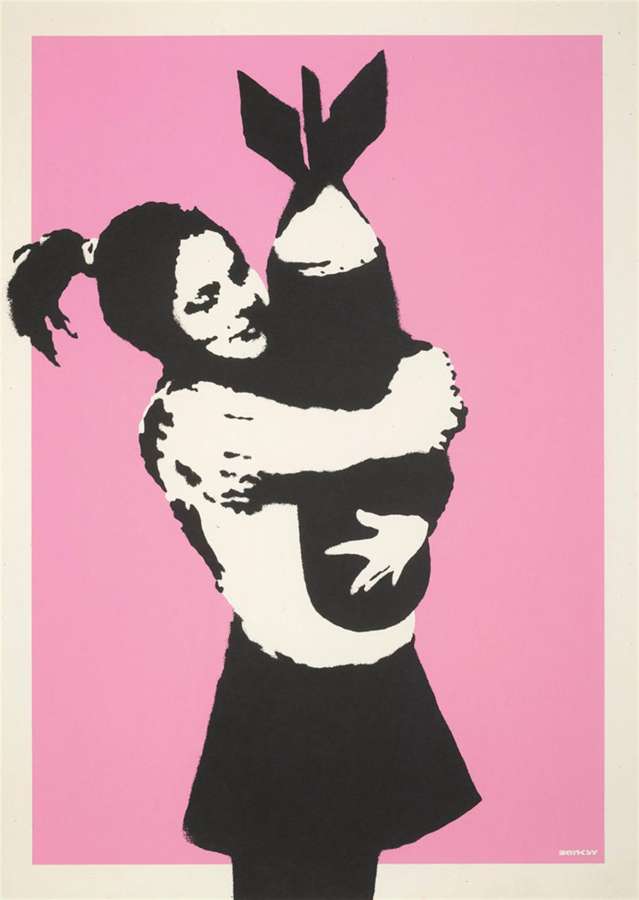 The Banksy print Bomb Love (also known as the Bomb Hugger) is an early iconic Banksy image that explores the dichotomy of love and war – although very different ideologies, they each represent opposing sides of a coin. The image of the Bomb Hugger was executed as a limited edition print in 2003 with 150 signed pieces, 600 unsigned pieces, and 44 Artist Proofs. Banksy has recreated Bomb Love in many different formats over the years, from street stencils to paintings on wood, canvas, and cardboard.

Bomb Love is printed on a background of bubblegum pink and shows a young girl hugging a large missile bomb as if it were a toy. The girl represents purity and the bomb symbolizes war. Banksy’s shocking juxtaposition of subjects emphasizes how libelous the government and the media are when they portray war in a positive light.

Banksy also seems to suggest in Bomb Love that love prevails over war. The girl’s loving embrace just might disarm the explosive device. The image infers that there is no power in war, and that it is overcome by positive, right action.

If you would like to sell your Banksy art, Bomb Love is true gem of an image that heralds his iconic style and has broken pricing records for street art prints on paper by Banksy. If you would like to buy Banksy’s Bomb Love, it is a clever piece that will continue to hold its meaning and value. Hexagon Gallery is the leader for Banksy art sales in the United States. To sell or buy Banksy art, please contact info@hexagongallery.com.